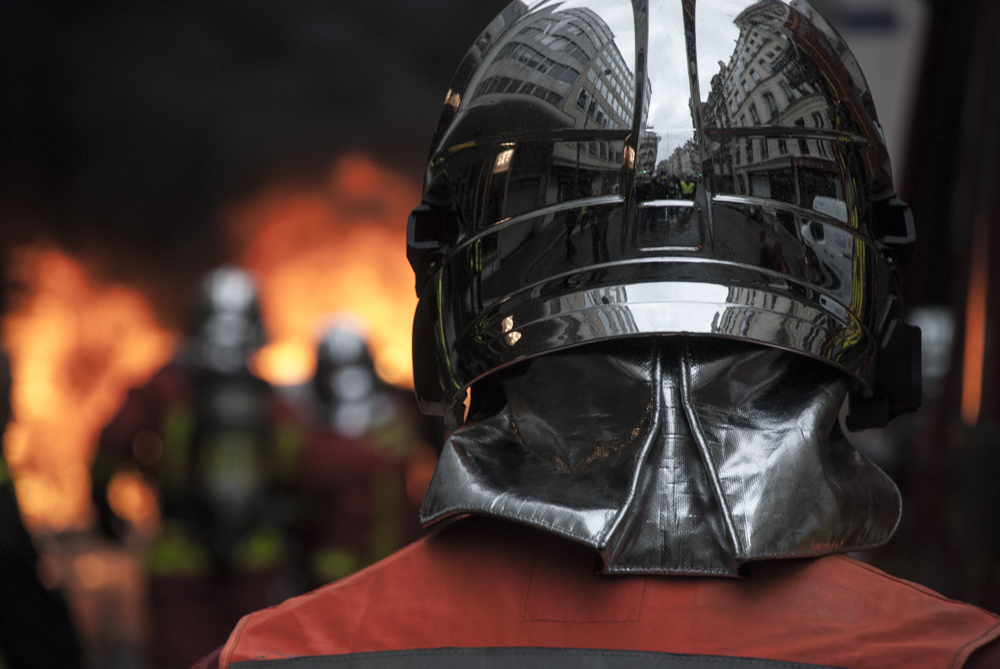 Since part of our Culture Keeper team is based in France, it seems appropriate to bring you a Culture Keeper take on one of France’s biggest news stories in the waning weeks of 2018: the Gilets Jaunes (“Yellow Vests” or “Yellow Jackets”) movement that made it into foreign news outlets when their protests turned violent in Paris. We’re not a breaking news outlet by any stretch of the imagination, but we are in the business of offering a bit of cultural context where we can. Which is what we seek to do here as we experiment with a new-to-us storytelling format that we hope to perfect over time.

Early on in the English-French conversations I exchanged with my language partner during my second semester of language studies in Aix-en-Provence, I learned that she was working part-time at the airport in pursuit of her goal of becoming a flight attendant. She had previously worked as a pharmacy assistant. Despite her telling me this at least partly in French, I heard the story with only American ears. To those ears, this shift of career did not seem the least bit odd. No matter how viable or not the American Dream still is, the United States remains a generally optimistic land where you can almost always write a new story.

The longer I’ve lived in France, the more I’ve learned how courageous my language-partner-turned-dear-friend was being. In France the trajectory between studies and career tends to be pretty straight, and once you’re on a particular path, it’s pretty rare to try out a different one. Societal and employment structures make it pretty challenging to do so.

And this is just the beginning of how the context around employment, economic expectations, and business differs between France and other countries.

In this posting from Culture Keeper, we’ve paired photos from the Yellow Vests protests in Paris and in Pau with some French voices who guide us into an exploration, far from exhaustive though it is, of the present context in which the Yellow Vests protests have been taking place. Located in the far southwestern corner of France at the base of the Pyrenees, roughly eight hours by car from the French capital, Pau is a town of 78,000 that serves as the capital of the Pyrénées-Atlantiques department.

As background, this December 3 article from The New York Times explains the buildup to the protests which began nationwide on November 17 and have continued, in dwindling numbers, every Saturday since. While President Macron finally addressed the nation in a televised speech on December 10, it’s still unclear how all of his “concessions” will come about, and the demands of the Yellow Vests themselves remain hard to nail down and largely unsatisfied.

Olivier Peyrous, based in Pau, traveled to Paris for the Yellow Vests protests on December 1 and again on December 15, out of curiosity and in order to witness and document this revolutionary-seeming moment in France’s story. While none of our interviewees are in favor of the violent, riotous, damaging turn the Yellow Vests protests took, Peyrous here explains why he does support the movement.

For over 30 years, Patrick Travers has owned a business in the environs of Pau that employs around 20 people. Here he describes some of the differences in mentality between France and the United States related to employment and business. He speaks in French, and Olivier Peyrous translates to English. You’ll also hear the voices of interviewer Kami Rice and of Patrick’s wife Muriel.

Pauline Vaissière lived in Australia for five years and in the United States for two years. Now back in France, she isn’t generally supportive of the yellow vests movement because she thinks most French workers don’t appreciate what good protections they have compared to other countries’ workers. However, when we interviewed her at the small Pau café where she is a new co-owner, she described how unemployment benefits (“chomage” in French) pay so well that this can remove incentive for finding a job at which you’ll earn just barely more than you earn not working. Vaissière also describes how the lack of unemployment benefits for business owners affects people’s willingness to be entrepreneurs who fuel the economy.

Olivier Peyrous too has previously lived in Australia for several years. In this video he describes his experience of the difference between France and Australia in terms of buying power versus wages. Australia is considered to be a place where many items are more expensive than they are in other countries.

A conversation in French: On hiring employees without post-high school degrees

In this conversation between Patrick and Muriel Travers, Olivier Peyrous, and Kami Rice, Peyrous notes that in Australia it’s not obligatory to have university degrees in order to be hired for jobs. Patrick says that, for example, he would never be able to hire an information technology employee who didn’t have a formal degree in the field. Because of the difficulty of firing the person if they turned out not to have the needed competencies, it would be too risky.

Peyrous explains that he was surprised to learn that Australian employers are willing to give employees a chance to prove themselves. Patrick says he would love for such hiring to be possible, because it’s much better for a business to have employees who are passionate about what they do, happy in their jobs, eager to learn more and grow in the position. He admits that it’s not good for anyone when the employees are over-qualified, with more degrees than needed for the job. But because hiring someone in France is like committing to a marriage, French employers have to be certain the person has the training and knowledge necessary. He hopes that France will become more like Australia, the United States, and other countries in this regard, but it will require making it easier to lay off employees for various legitimate reasons, including when the business sees a downturn.

“[B]ecause hiring someone in France is like committing to a marriage, French employers have to be certain the person has the training and knowledge necessary.”

A few other themes emerged during the course of these interviews:

·         There are more lower paying jobs available than people to take them. Especially once the costs of transportation, childcare, and the like are figured in, people in these jobs would make little more than they receive with unemployment benefits, other social aid, and various discounts offered to unemployed people. And in some cases, they might essentially make less with a job than without one.

·         For many French people, it’s not high taxes themselves that they are concerned about. Rather, it’s that the public services and benefits these taxes are supposed to fund (roads, hospitals, schools, public transport, etc.) are deteriorating, especially in more rural areas.

·         Employees in France tend to think that business owners and bosses are out to exploit them.

·         According to Patrick Travers, people in France aren’t as likely as in other countries to relocate for jobs. With French job security protections, they buy houses and settle in a place. Business owners take this into account when hiring and shy away from people who don’t already live in the community.