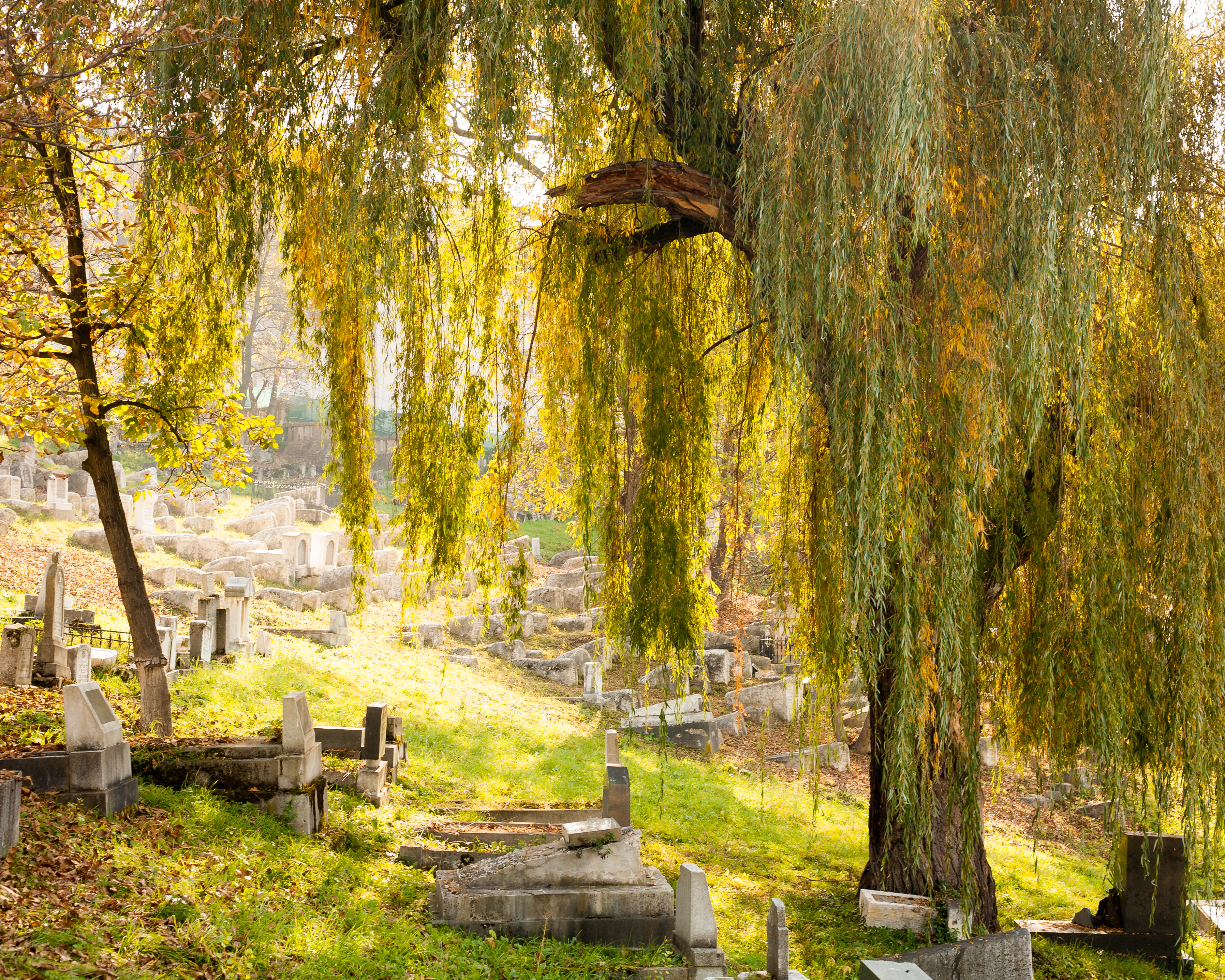 Cat Norman Tahirović is particularly gifted at learning of the hidden treasures of her adopted home in Bosnia-Herzegovina. Here, she takes us on a stroll to one of them, in the newest installment in our roving View From Here series.

If you find yourself in Sarajevo and catch beautiful weather like today, you might be called up by the sunlight into the hills like I was. There you’ll find the second largest Jewish cemetery in Europe peacefully sunbathing and adorned in fall colors. If you weave between the crumbling graves, the only remnants of a once thriving Jewish population, you’ll see names and faces of people who once loved, once dreamed, and finally died.

Continue further and you’ll find a young woman perched in front of a stone to paint. She’s here for Moshe ben Rafael Attias. A Jew, of course, but also a man who was much loved by the Ottoman rulers he lived under, because he was a man who loved back. He was a scholar of Islamic faith and even pursued his studies all the way to Istanbul where he gained the title “effendi” for his scholarship. He was famously known as “Zeki Efendija,” the Jew who was never seen without a fez on his head.

After his studies, he returned to Sarajevo to work in the Ottoman civil service and compose history books and poetry, and then stayed on as a financial advisor during the Austro-Hungarian Empire. He was buried with honor in the Jewish Cemetery in 1914 and given inscriptions on his grave in Hebrew, Arabic, and Latin scripts. His is the only known grave in the world that has both Arabic and Hebrew script together.

This memorial, like so many places in this city, is being restored to remind us of the harmony between the people that once was and can be again.

“This memorial, like so many places in this city, is being restored to remind us of the harmony between the people that once was and can be again.”

Cat Norman Tahirović is a photographer and designer living in Sarajevo, Bosnia-Herzegovina. She has a big dream about walking across the world with old trade roads but for now is mostly using planes, trains, buses, and cars. Follow on Instagram at @catnorman to see if big dreams ever do come true.