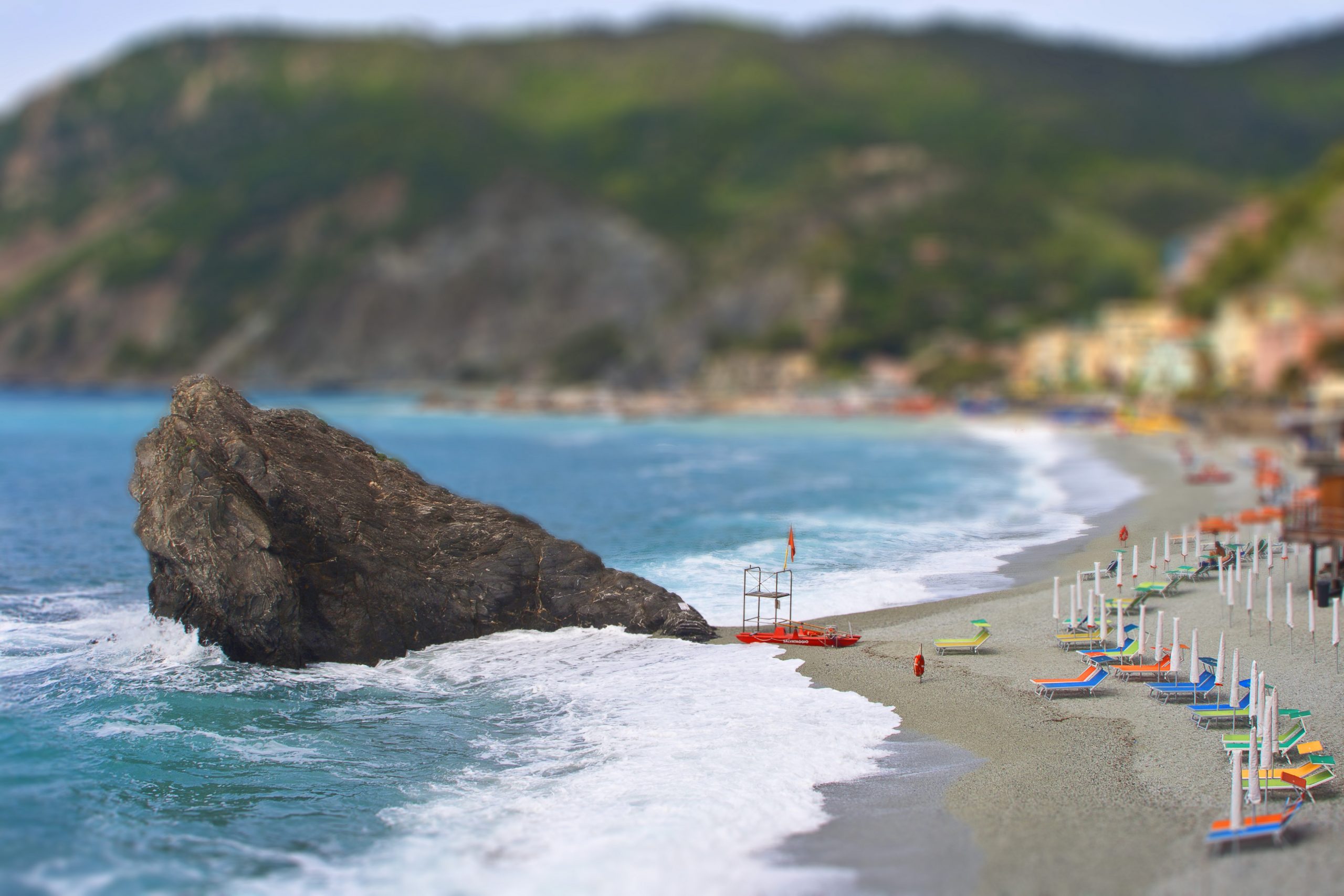 A real life scene has been turned miniature through the magic of photography. This miniaturized scene inspired a tiny fictional tale that invites you to discover the other stories hiding in this image. We invite you to explore the world with us, letting your imagination play along as you do. The world can always use more play.

Rocco had heard it all before. All those colorful ants—that’s how he referred to them in his head to make their voices seem more insignificant—had jeered at him for years. Even though this had been his beach long before they were even a glimmer in their maker’s mind’s eye. They called him a fat slob and complained that he blocked their view of the horizon. Sometimes they even threw things at him, puffing up their chests over succeeding to hit a large, unmoving target. Juveniles. On good days, Rocco would manage to ignore their insults, turn his face to the friendly sea, and welcome the waves who whispered the secrets of their worldwide adventures. Secrets those rainbow ants would never be quiet enough to hear. Their loss and very much Rocco’s gain. Whisper, waves. Whisper. I’m listening, was Rocco’s silent mantra.