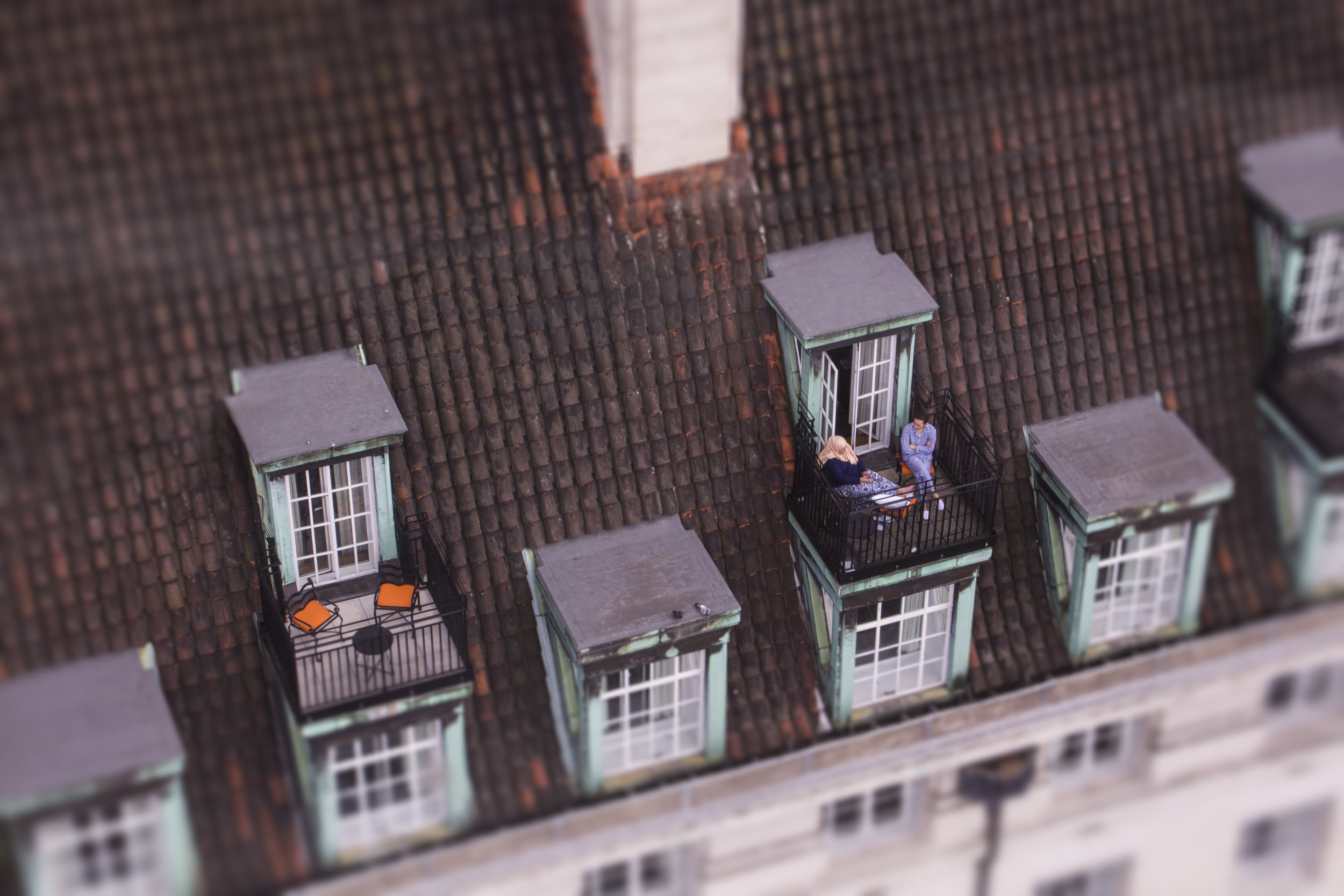 A real life scene turned miniature through the magic of photography has inspired a tiny fictional tale that invites you to discover the other stories hiding in this image. Explore the world with us and let your imagination play along as you do. Enjoy the rest of our MicroStories series here.

“Of course, Madge. You know I’m not just some stone-hearted winged rat. Of course I’m thankful sometimes. But I assume that like always you’re referring to something specific? For the love of morning coffee, please avoid the vagueness this time.” —Harriet, sighing in vexation

“Just look at those poor people beside us trapped in that cage. I’m so glad I’m not them. But I bet they have no idea how unlucky they are!” —Madge, sighing in growing sympathy

“Well, fly me a kite, Madge! I actually can’t disagree with this round of your incessant pronouncements of philosophical mumbo-jumbo, even though it’s yet another example of that half-full glass you drink from way too often—which you know tires me.” —Harriet, sighing in surprised interest

“Oh, how delightful that you understand this time! Today is starting out so well I’d clap my hands in glee. If I had hands. Those trapped people over there have hands. … Harriet, does the world just seem so unfair sometimes?” —Madge, sighing into her half-empty glass of morning tea