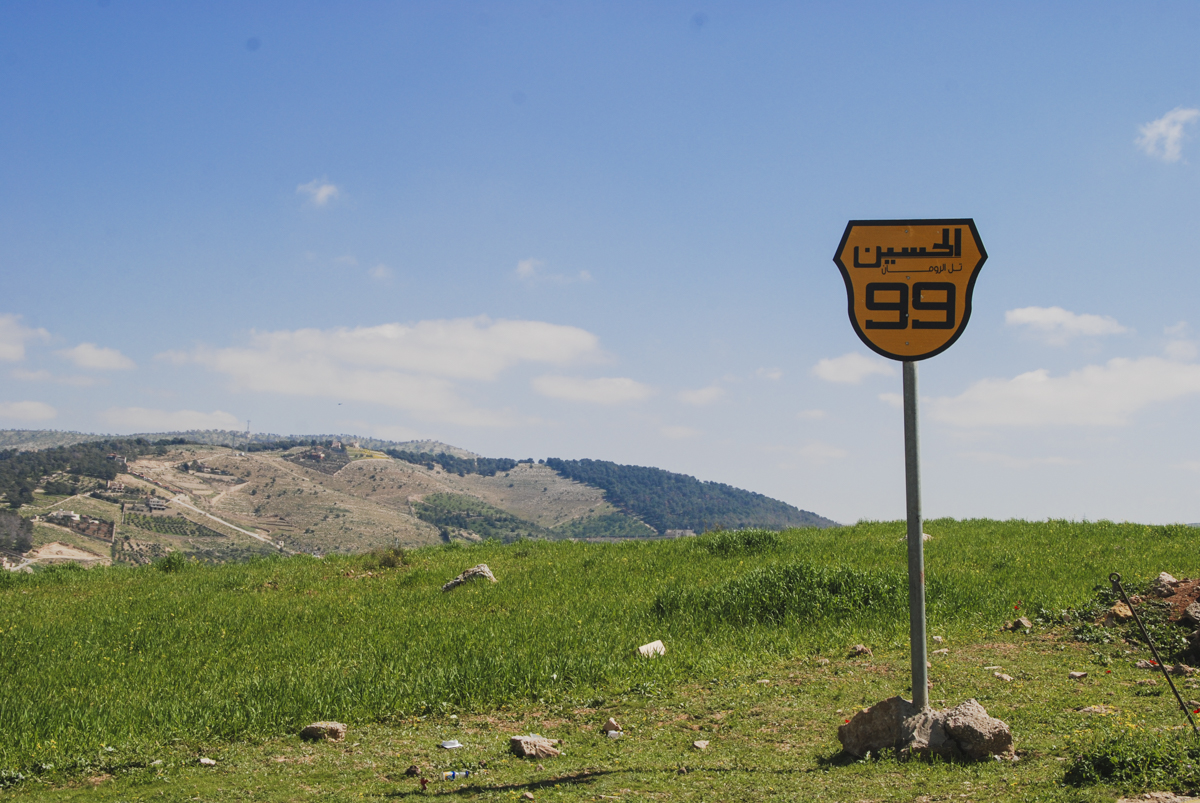 Our correspondent based in Jordan introduces us to a burgeoning project that will provide a garden respite for the public while preserving Jordan’s floral heritage for researchers.

Though not yet open to the public, Jordan’s Royal Botanic Garden (RBG) was putting on a show this spring. Brilliant green grass and wildflowers covered the 445-acre site near the village of Tal Al-Rumman, 25 kilometers (15.5 miles) north of Amman. After an unusually wet winter, the King Talal Dam, which defines the garden’s northern edge, sat at max-capacity.

Maysa Shishani calls the RBG her second home. She’s been working here since 2005, the year Her Royal Highness Princess Basma bint Ali, a second cousin of the current King Abdullah, established the gardens. Before that, Shishani studied biology, a natural choice after growing up in a north-Amman neighborhood with a backyard mountain as her playground. Now she is a program coordinator at the RBG.

“Even now, when I go there to my mom’s house during the springtime, the smell of the plants there reminds me of my childhood,” Shishani says. “I feel connected to nature, to the earth, to plants.”

As we sip coffee and eat the last of winter’s oranges in the RBG’s offices—a three-story stone building shared with the Forestry Department—Shishani and her colleague, Dr. Mustafa Al-Shudeifat, the RBG’s director of programs, describe Jordan’s incredible biodiversity. Though often reduced in common lore to a land of deserts and camels, the kingdom boasts 2,531* native flora species, 600 of which grow naturally on the RGB’s land.

Al-Shudeifat, who first worked as a consultant for the RBG beginning in 2007, says that Jordan’s wilderness is not merely an extension of the Arabian Desert. Eighty percent of Jordan’s land should be classified as rangeland, he says, since it’s been used by nomadic herders for hundreds of years. Speaking from 10 years of professional experience working with these rangelands, Al-Shudeifat says these are not arid lands.

The RBG exists to preserve the flora of this living desert, with its scant rainfall, as well as the remaining 20 percent of the country that receives 300 – 350 millimeters (13 inches) of annual rainfall. Historically, botanic gardens have showcased exotic, non-native plants, but Shishani says the RBG’s vision is different—“to take care of our plants.” As one of the only botanic gardens in the Middle East, joining the Jerusalem Botanical Gardens and the not-yet-open Oman Botanic Garden, they are certainly doing that.

In her 13 years with the RBG, Shishani has devoted herself to two projects that preserve Jordan’s flora. One of these is the RBG’s herbarium, a store of botanical reference material held in a room filled with lockers, each holding a family of dried plant specimens. After collecting plants in the spring, the garden’s staff press their stems, flowers, and leaves between absorbent paper, then mount them to acid-free paper with archival glue and label them with key data notes. The RBG herbarium’s collection contains over 5000 specimens that represent 1200 of Jordan’s plant species. More than 2700 of these are also available for online consultation in RBG’s virtual herbarium, the first virtual herbarium in the region, which intends to eventually include representation of the entire flora of the country.

The seed bank, a walk-in refrigerator containing more than 1000 glass jars and vials representing 400 native plant species, is also Shishani’s work. The RBG focused on collecting rare plant seeds first, Shishani says. After being dried for three to four months, seeds are stored in the refrigerator at 1 – 5 degrees Celsius (33 – 41 degrees Fahrenheit). These seeds are used for planting in the nursery, as well as germination testing to learn how native seeds grow.

The RBG plans to open to the public in 2020, offering a visitor’s center, hiking trails, a children’s garden, and a café and shop selling products from Tal Al-Rumman. Eventually, they plan to reproduce five Jordanian habitats, showing the interdependence of plants within each zone. While the RBG has faced delays in opening, partly due to funding challenges as a non-governmental organization, Al-Shudeifat and Shishani emphasize the importance of the preparatory work they have done.

“We are not, let me say, hidden,” Al-Shudeifat explains, “because of most of our work on the plants reflected directly to the policy and regulation and also the strategy with the Ministry of the Environment and Ministry of Agriculture.” Various RBG publications, such as The Plants of Jordan: An Annotated Checklist and the two-volume Jordan Plant Red List (third volume forthcoming), have laid the foundation needed to make the gardens a place of education and enjoyment for the public.

Before I return to the pell-mell of Amman, Shishani and I wander the nursery, pausing to examine native orchids, tulips, irises, and roses, all grown from seeds or cuttings. Occasionally, we find a plant both of us recognize but neither can identify, and we slip into the shared language of scientific plant names. Just as plants were an indelible part of Shishani’s Jordanian childhood, so a native lavender species transports me to my parent’s backyard in California. When I step into the greenhouses, I’m back at my summer job in college, re-potting perennials in a shack under a tall elm tree—dirt under my nails, the smell of soil in my nose, quiet watering my soul.

“By going to work every day I am participating in saving plants and eventually our earth for the coming generations,” Shishani says, explaining how she’s kept her interest in her work this long. “It’s an honor, actually, to be able to do that.”

*This article has been corrected from an earlier published version that incorrectly stated the number of native plants in Jordan as 2,553 instead of 2,531.