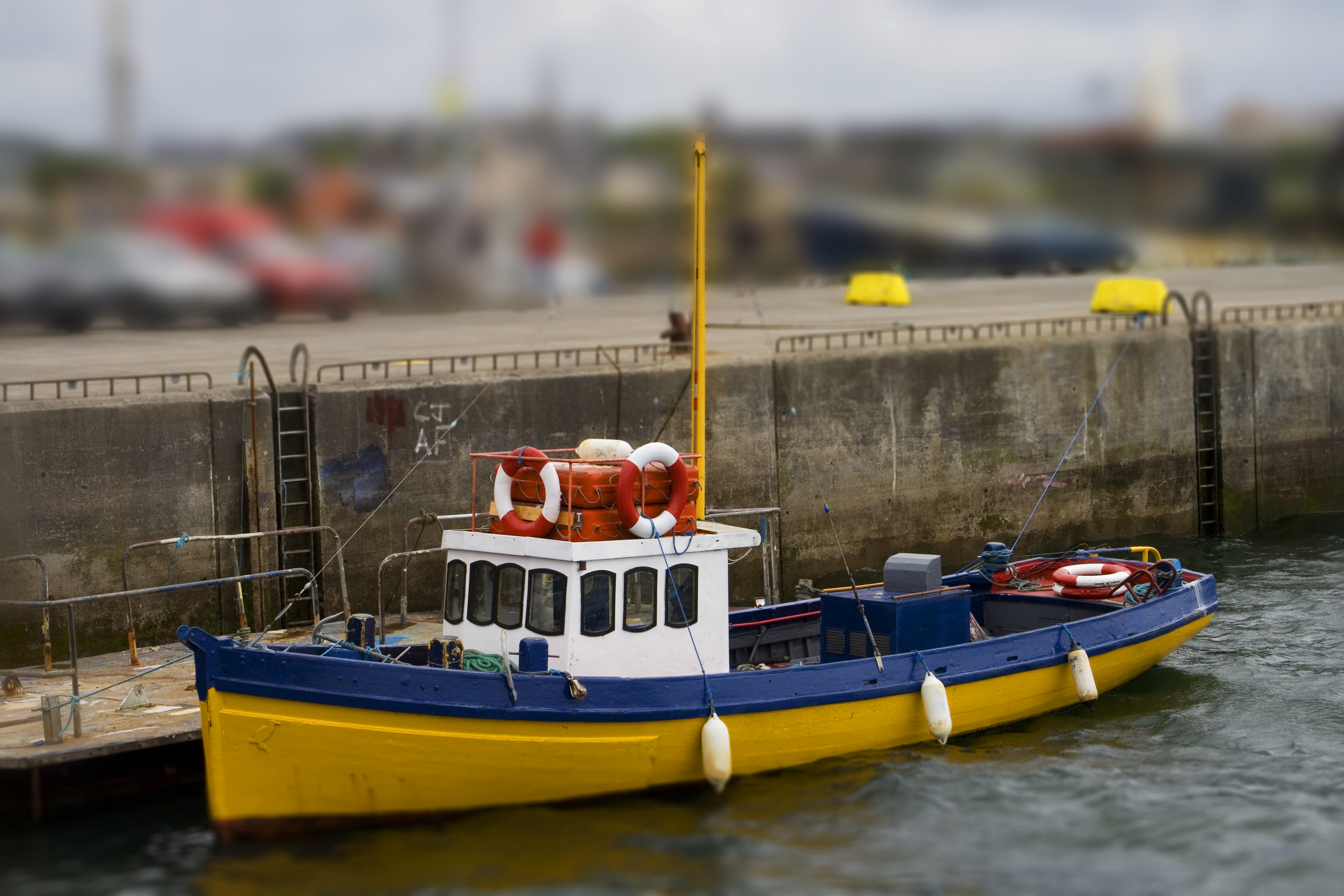 A real life scene turned miniature through the magic of photography has inspired a tiny fictional tale that invites you to discover the other stories hiding in this image. Explore the world with us and let your imagination play along as you do.

George was his name, and fish were his game! Cheerio! No sea was too rough for his golden hull. Even on stormy days, the roiling water would say thank you with each heave. Thank you for letting us touch the sun, it would murmur. In gratitude, the wild waves would then call up bounty from the deep straight into George’s captain’s nets. And George would tremble with pure joy each time he participated in the sea’s ancient and mysterious economic exchange.