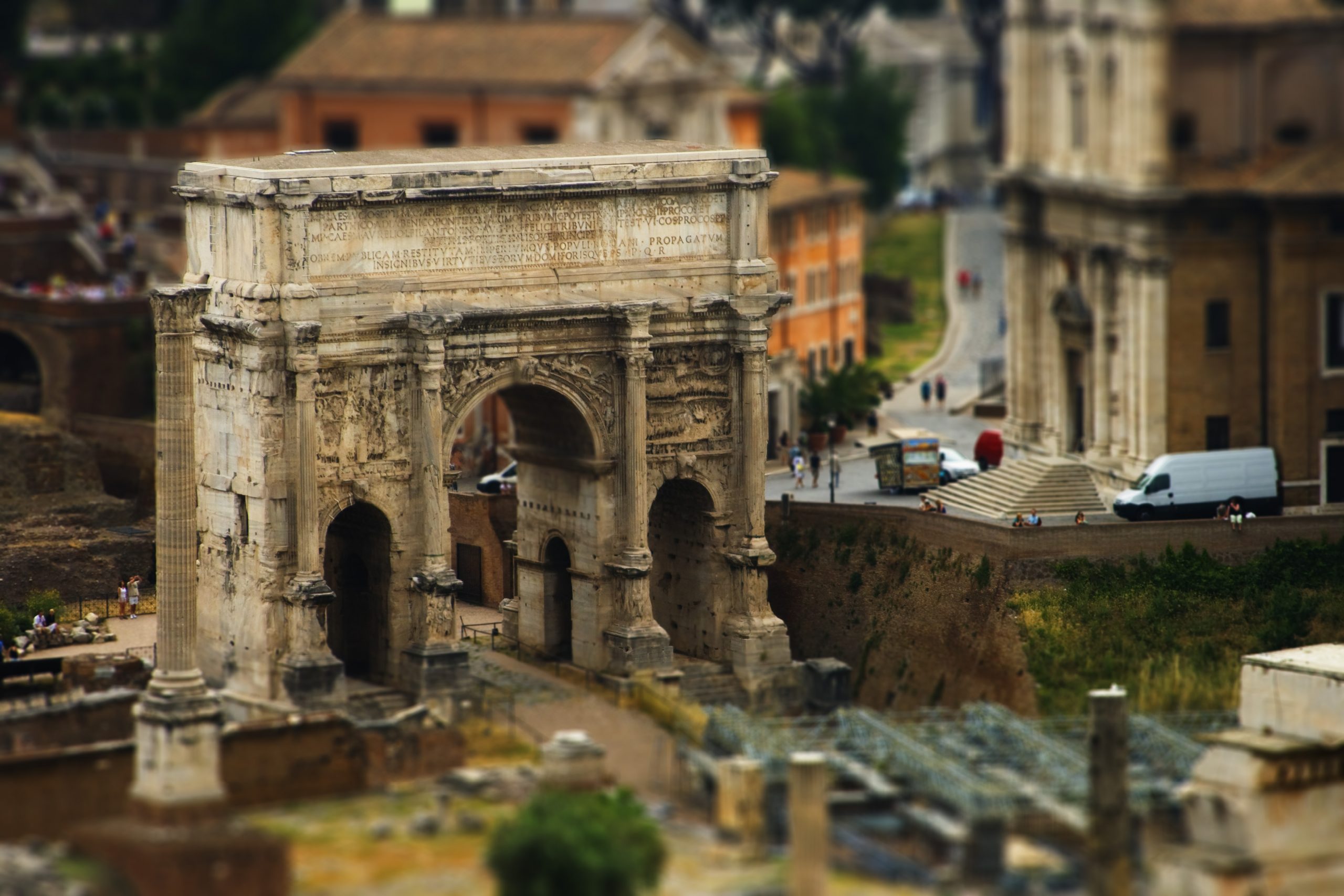 A real life scene has been turned miniature through the magic of photography. This miniaturized scene inspired a tiny fictional tale that invites you to discover the other stories hiding in this image. We invite you to explore the world with us, letting your imagination play along as you do.

Europe was everything Bart had always dreamed of and more. For starters: Tangerine-orange-colored buildings!!! This made his little bohemian psychedelic BBQ food truck heart happier than the time he received a whole cow’s worth of prime meat for free. It was definitely the right decision to work his way across the ocean from Brazil providing the best cuts of meat for one boatload of pirates after another. They have good hearts, those guys, even if their reputations have fallen on hard times. But never mind all that, time to focus: BBQ Bart is taking on Europe!!!!