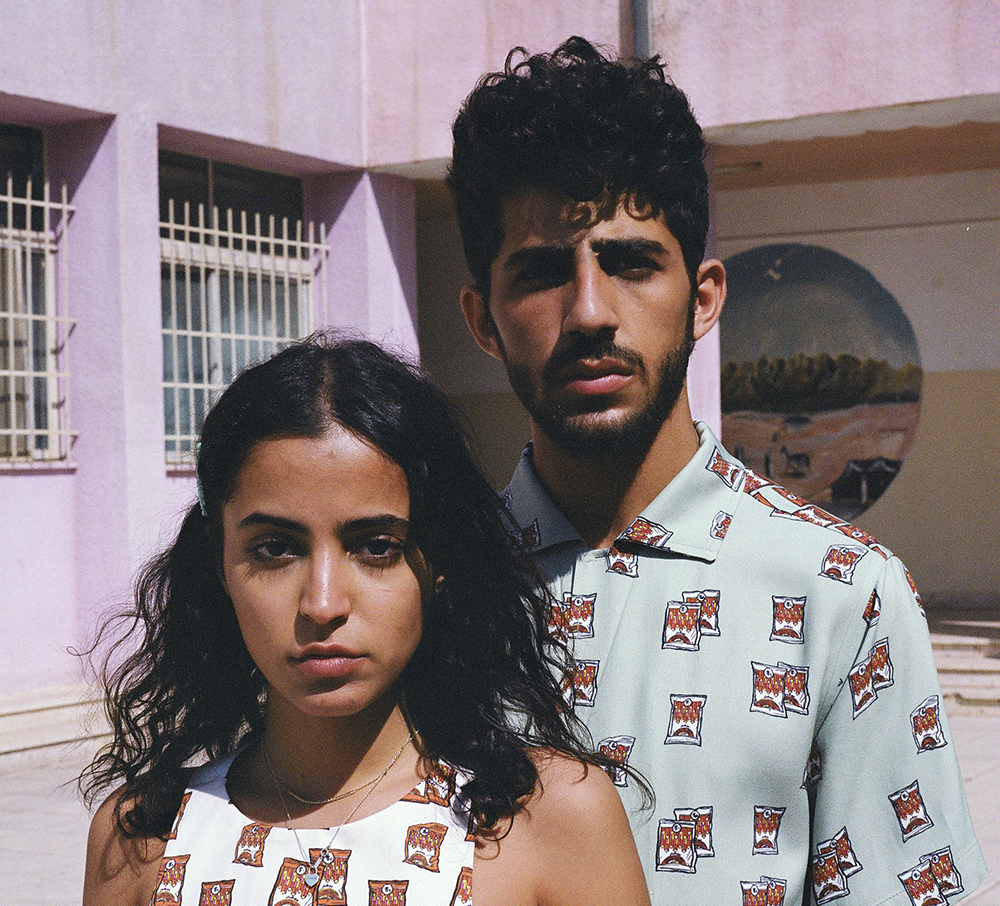 Heather Surls introduces us to a young designer who has found unexpected inspiration back home in Jordan—inspiration in design and in terms of whom she employs.

Just looking at her, you wouldn’t guess Tania Haddad is Jordanian. She wears an oversized T-shirt, cropped pants, and sunglasses reminiscent of Audrey Hepburn. She piles her hair on top of her head in a messy bun. She accessorizes with exactly four necklaces and six rings, and wears black leather slip-ons with lacy anklet socks.

Her style may not be traditional, but Haddad’s eyes sparkle with love for her country. The 28-year-old designer recently returned to Amman after nearly a decade of study and training in Europe and the U.S. Once she came back, she knew she’d never leave.

“My husband lives in London, so I need to commute between London and here,” she says, “but I love it. I can’t just be there. I’m always back in Jordan—half the time I’m here. I cannot leave it.”

Many living here—whether citizens or refugees—would be happy to live and work in the West. Before she returned in 2016, Haddad felt the same way. She hoped to live in Italy, where she had gotten her master’s degree in fashion design at Polimoda in Florence. But when she didn’t get a visa to stay, Haddad returned to the Middle East.

Though she grew up in Amman, Haddad came home with new eyes. She found herself intrigued by the song of the gas trucks that drive neighborhood streets. She took road trips, discovering corners of Jordan she’d never seen. She sat at Amman’s ancient citadel, taking in the sights and sounds around her.

“I didn’t know the real Jordan,” she says.

After life in Europe, Amman seemed chaotic, unpredictable, and random. But at the same time, Haddad experienced afresh the accommodating, generous, and friendly nature of her people. And she was hooked.

CLOTHES FOR A CAUSE

As we spoke in her studio, Haddad pulled pieces from her summer collection out of a suitcase, each neatly packaged in clear plastic. This her fourth collection—called “Chibs, Bibs, Canary”—features prints of cotton candy, popcorn bags, and green and white milk boxes, images culled from Haddad’s childhood memories. Abu Ahmad, one of Haddad’s tailors, had just finished these pieces.

A refugee from Syria, Abu Ahmad was one of the first to call Tania after she put up signs around Amman, asking for tailors to help launch her brand, Tania George Designs. Abu Ahmad had run a flourishing tailoring workshop in Syria. When war forced him and his family to Jordan, he had even started carrying cement to make a living.

For a while Haddad had known she wanted to create a brand with a purpose. She’d heard the story of Sarah Beydoun, a Lebanese bag designer working with female prisoners and former prostitutes. So when Abu Ahmad contacted her, she was thrilled to hire someone who needed work. Hiring people from war-torn countries, giving them the opportunity generate income using skills learned from their parents and grandparents, is now a distinctive commitment of her brand.

Haddad also employs Seta, an Iraqi woman, as a seamstress. She’s worked with Um Bayan, a Palestinian, and Khali Laila, a Syrian, employing their skills in hand embroidery. She approaches her role as designer with great humility, valuing collaboration and personal connection over control in the design process.

“Step by step, they’re in it one hundred percent,” she says of her employees. “They give their ideas, their suggestions. For me this is very important, because it’s not just my design. It’s actually the love that comes out from making the clothes.”

Even in her marketing, Haddad tries to work with Arabs only. Cheb Moha, an Iraqi living in Dubai, photographed her most recent collection. Adwa Bader, from Saudi Arabia, and Mohammad Tayyeb, from Jordan, modeled the collection in an Ammani schoolyard.

Although she was once motivated by big brands, Haddad now finds her inspiration in real people. She enjoys people-watching, picking up on the style of people on the street. She feels that Jordan has so much potential and that now is the time to share it with the world.

She receives messages from ordinary girls who want to model for her. This is just what Haddad wants—models of all sizes and ages, whose appearance is not a lie.

“I like to look at girls that are not models—they’re real people,” she says. “These are the girls I want to represent my brand.”

FASHION SHOULD BE FUN

Though the people in the neighborhoods surrounding her studio are mostly conservative Muslims who wouldn’t wear her clothes in public, Haddad says she’s faced little criticism of her designs. At Amman Design Week, for example, where she showcased “Chibs, Bibs, Canary,” Ammanis of all stripes approached her with smiles, saying how her clothes reminded them of childhood.

“Jordanians, they love my work because they relate to it,” Haddad says. “Road Tripping,” a skirt from Haddad’s second collection, typifies her approach to fashion and its accessibility to the average Jordanian. With photos of taxis, gas stations, water trucks, gas canisters, and Arabic graffiti, Haddad created a print bursting with stories and nostalgia.

For Haddad, fashion is the opposite of serious. Practically speaking, this translates into hand-painted cotton candy buttons, loud fonts, sometimes edgy cuts, and funky, contemporary prints.

“I know that my clothes are very niche, and I know that not everybody would want to wear them, and that’s very acceptable,” she says. “But there’s a market. There’s an identity, there’s this DNA to the brand.”

Haddad sells her pieces in shops in Dubai and Beirut, and soon Rome, as well as direct from her Instagram account and in occasional pop-up shops in her studio.

“I like to have these things that tell a story,” she says. “That’s what it is—it should tell a story. It’s deeper than just fabric.”