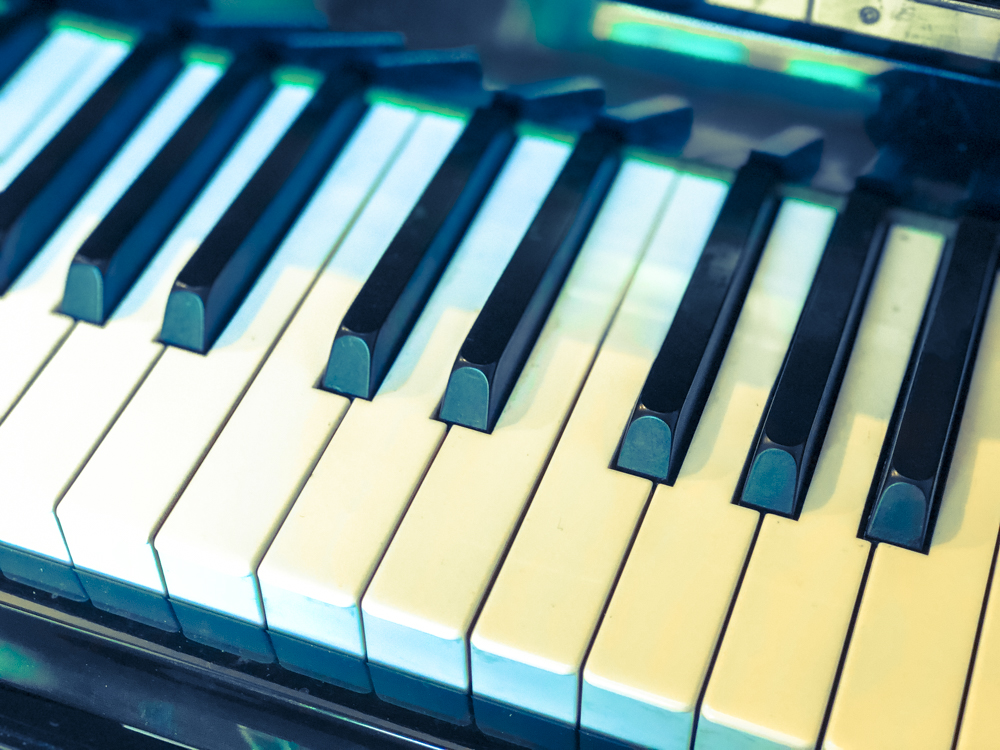 Contributor Joanna Marsh introduces us to a composer who taught her how to be free of the notes on the page.

One of the most compelling qualities of Maryland composer and jazz musician James Levy is the way he encourages others to let go and cherish the ever-evolving melodies that make up their lives.

The first time I met James—or Jim, as he also goes by—was when he was auditioning me for a role in his 90-minute, sci-fi rock opera When E.T. Flew Over the Cuckoo’s Nest. I ended up being cast in that rock opera, and Jim’s music was so infectious and so fun and so good. It was really inspiring to work with the composer of the piece you’re performing—it’s a unique view of the creative process.

But back to the audition: I remember it distinctly because Jim wanted me to improvise vocally while he also improvised on the piano. But improvising was something I never did. Improvising is when you make up the melodies and the harmonies as you go along. You don’t follow any music that’s written on a page, contrary to how I was taught music—following exactly what was on the page.

Yet improvising isn’t just stringing some random set of notes together. It can be the opposite. You are so in tune with what’s needed musically that you simply trust yourself with what will happen next. You take things one at a time. You’re keenly aware, and you’re ever resting in your present. Your past (what you just sang, the harmonies which occurred beforehand) may inform your present, but if you worry about the future—if you worry about what you’ll sing next or whether you’ll modulate to another key or not—you’ll miss enjoying the gifts that the present may offer to you.

So Jim gave me a crash course on improvisation during the audition. I thought I would hate it, but I actually really liked it. It was somehow freeing to harness whatever joy or nervousness was percolating inside me and express that through a change of melody.

This continues to be one of Jim’s passions. As a teacher of elementary and early childhood kids with the District of Columbia Public Schools, as an adjunct professor emeritus at The George Washington University, and as a jazz musician who continues to compose, he wants people to appreciate music—not just the notes that are written on a page, but the music of their everyday lives, the music we all may be unaware we’re composing even right now at this very moment.

This music of the everyday is something Jim sought to capture in one of his latest pieces, a 12-minute musical called Dyin’ for a Job.

I asked Jim about his musical and compositional processes, and this is what he said:

Joanna: When did you start playing music?

James: I started playing piano when I was seven, partly because my father played piano, and it was facilitated by the fact that my sister took guitar lessons and so I went along to the same school that she went [to] and took piano lessons. And I was just kind of playing for a few years.

When I was 11, something happened which made me get a little better—we spent a school year abroad in London. The pound was at an all-time high so we were all-time poor, and we lived in a neighborhood where it wasn’t too cool for me just to go outside and play. So I would come home and play piano. And I did that every day for months. And I just started playing the pop music of 1971 and the ‘60s. I had a book called Songs of the ‘60s, and it had songs like “Ode to Billy Joe,” “Hey Jude,” “Satisfaction”—all kinds of songs that I can still remember today how to play. And I just got to learn how to play all those songs as an 11-year-old. Shortly thereafter I became really into Elton John, and so I learned his songs. I’ve just learned lots and lots of songs over my whole life, and that’s what I consider my main accomplishment as a musician.

Joanna: Was your transition from pop music to jazz natural? Was it encouraged?

James: I’ve never been discouraged in anything I’ve done. I’ve always bounced back and forth between pop and jazz. I definitely started with pop, but I was fortunate enough to have cool friends, and especially one friend who had a really cool older brother. So when I was in ninth grade, I was introduced to the music of Charles Parker and Dizzy Gillespie and other bebop artists. I will say that we probably butchered it, but that was my first introduction to playing jazz, and I was really lucky because I went to a great high school where we had a jazz band, and I auditioned and made it in from 10th grade. So every day that I was at high school, I played in jazz band. And that’s a whole other segment of music compared to bebop. I had a great musical experience even in public school in Montgomery County, Maryland. I love jazz. I love rock—I said rock, but I’d rather say pop—rock fits inside of pop…I just say, I can be unabashedly patriotic and be into American music…

“I felt that if you’re a musician in society, you have to criticize society. That’s part of the responsibility of being an artist…why do you have those abilities if you’re not going to put them to that use. ”

Joanna: How did you get into writing musicals?

James: I actually wrote my first musical when I was in high school. Each one has been kind of different. The high school musical I wrote was first inspired by a song that I wrote, and I wanted to put that song into a larger context.

The musical that you were in [When E.T. Flew Over the Cuckoo’s Nest], I feel was inspired by a cliché that I felt had to be ripped. The cliché is the oldest in the book, which is what would you do if Jesus came back and saw the world as it is today. And so that goes through variations. And so, what would you do if aliens came and judged us. It brings in another archetypal figure: the woman savior, namely Joan of Arc, which in the musical is Joan the Rock Star. So, E.T. was something that I really wanted to say.

I felt that if you’re a musician in society, you have to criticize society. That’s part of the responsibility of being an artist. Otherwise, why do you have those abilities if you’re not going to put them to that use. It’s kind of a corollary of the idea of: Is it possible to write a song where you are knowingly lying? Like, I couldn’t do it. I couldn’t write a song singing about how climate change isn’t real. You know, even if you paid me money, the words don’t work with the notes if you’re lying. If you’re going to put words together with a melody, the words need to be true. Otherwise, the melody can’t really support them. So, that was like a real calling…

The one I just finished…I just started thinking about a new medium—new to me at least—the short, short musical. The compressed musical. Like the complete Shakespeare plays, all in one evening. So these are complete musicals that last 12 to 13 minutes… If you do something full-length and put it on YouTube, who’s going to watch 85 minutes? But if you can put a whole story into 12 minutes, 12 to 13 minutes, I think people will give you a chance.

I think what’s interesting about this show is that even though the show is compressed, the opening song is not that compressed. The opening song is about 2 minutes and 20 seconds, which is almost a full-length song length. But over the course of the musical, it goes through what I consider roughly to be 11 songs. So there are a lot of short songs, and a lot of little transitional musical phrases.

So I think this is the immediate future for me: to try and write a few more of these. And to write something that’s a comedy; that’s what I want to try and do next. There’s a saying in show biz, “Dying is easy, comedy is hard.” And if you know, this is a musical about dying. I feel like in some ways it was easy to write because that’s the most—if that’s the conclusion of your show, that someone dies, well, there’s nothing more conclusive than that. To write a comedy takes a little more creativity and looking really focused at life and saying, okay, what am I seeing in life that I think is funny and worthy of teasing out.

Joanna: Do you have a musical philosophy?

James: Music is about playing by ear. People who started [learning music] in the classical tradition, like I did, can lose that [concept] because we’re introduced to playing an instrument through reading sheet music, and that’s not the exact same thing as playing by ear. And so I learned to play a lot of music by sheet music. That’s not to say that I didn’t know what music sounded like, but it was [in] my twenties that I really learned to play by ear, and I regard that as an interesting fact: that I had all this intellectual knowledge and musical factoids, and even musical creativity, yet there was one simple thing that I was missing until at least age 23 or 24, that I could have acquired in the proper environment when I was like 12 or 11.

So that’s the thing I’m most passionate about, not just because I missed out on it… Playing by ear really means how to think musically. When you say “playing by ear,” it conjures up the image of someone poking on the piano with one finger. But when I say, “playing by ear,” I mean hearing something in your head and simultaneously having it come out of your fingers and your voice. Being able to play what you sing, and sing what you play. So—the union of the right hand on the piano with your voice. That’s the thing I’m most passionate about in music.

Check out Dyin’ For a Job, a musical film by James Levy.