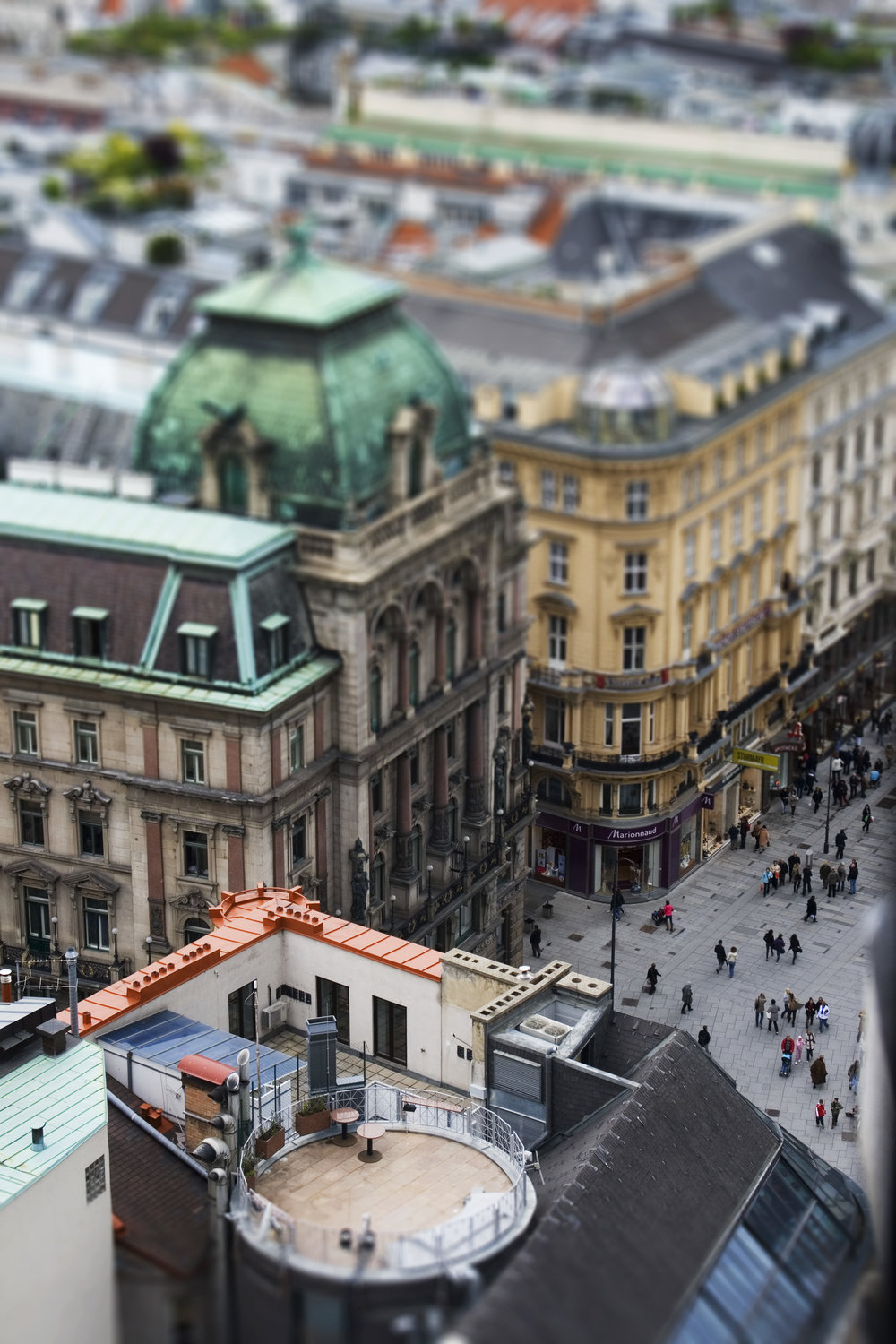 A real life scene has been turned miniature through the magic of photography. This miniaturized scene inspired a tiny fictional tale that invites you to discover the other stories hiding in this image. We invite you to explore the world with us, letting your imagination play along as you do.

The king lived for the Saturdays that he could don his long, brown wool cloak and wander out among the shoppers as though the weight of the kingdom were not upon his shoulders. He had perfected the art of blending in, and since everyone expected kings to sleep in late and eat breakfast in their 17th-century four-poster beds, no one ever stared hard enough below his yellow fleece cap to recognize his royal face. Bliss was found in breakfasting in his favorite high street cafe, very much not in his bed. Even though he had to admit, when pressed, that high-thread-count sheets are scrumptious.