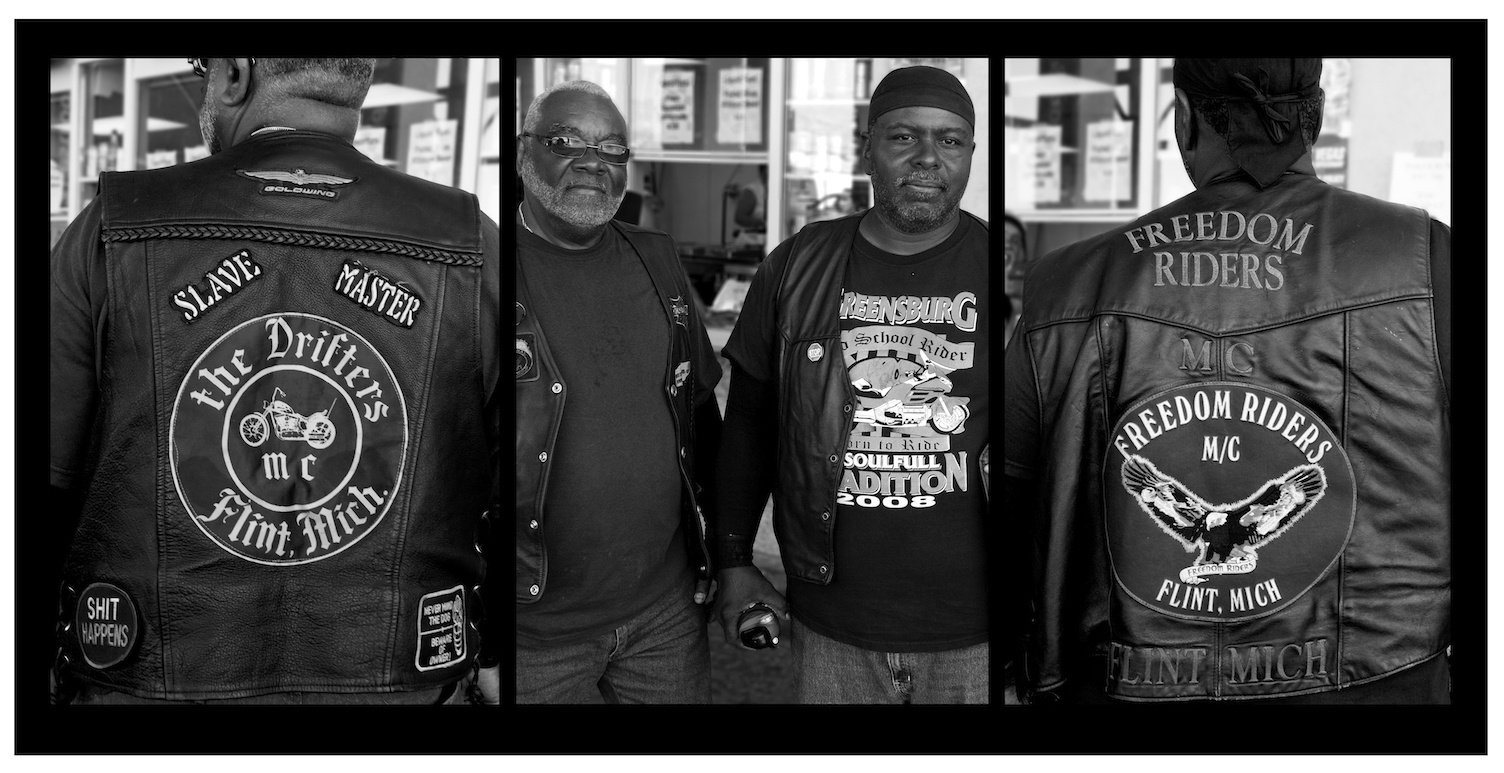 The image of the biker as established by documentary photographer Danny Lyon in The Bikeriders, his seminal 1968 book of interviews and photographs gleaned through New Journalism-style immersion, marked a particular moment in American history and helped create the biker stereotype. But it didn’t leave space for the black biker, one figure, among others, that stands contrary to Lyon’s work, marking a significant shift in contemporary society and an end of Lyon’s version of the biker.

There is still a stigma that follows all bikers, based on media, history, and even the perceived apocalyptic image of their dress. This stigma is so prevalent that it often carries the perception that a community containing bikers is threatened or facing cultural or economic demise. But bikers often actually do much to uplift their communities (see other examples here, here, and here). However, the stereotype is so engrained that, purely based on stereotype, law enforcement has severely cracked down on clubs and is trying to push them out of cities regardless of their actual activities (see other examples here). This stereotyped image of the biker is mediated particularly through television and film (seen in productions like Sons of Anarchy, Easy Rider, Wild Angels, and Satan’s Sadists) which often present bikers as outsiders who are violent, dangerous, above the law, and more times than not, Caucasian.

The goal of my images here is to showcase the men and women of primarily black and minority motorcycle clubs. Photographed as groups or individuals they represent a shift in the culture of motorcyclists as well as a shift in the view of the biker persona.No longer adequately summed up through the lens of Danny Lyon, the Hells Angels, or mass media, here they assume new identities as fathers and sons, brothers and sisters, mothers and daughters, teachers and students, all veiled in the garb of the biker but without the attached stigma. The goal of this work is to expose the biker image that is heavily perpetuated by mass culture and to help put an end to the portrait presented by The Bikeriders now that there are new faces to represent biker culture. By utilizing much of the same immersive artistic approach as Lyon and by becoming part of the culture, I seek to gain understanding of it and gain the potential for accurate portrayal and representation.