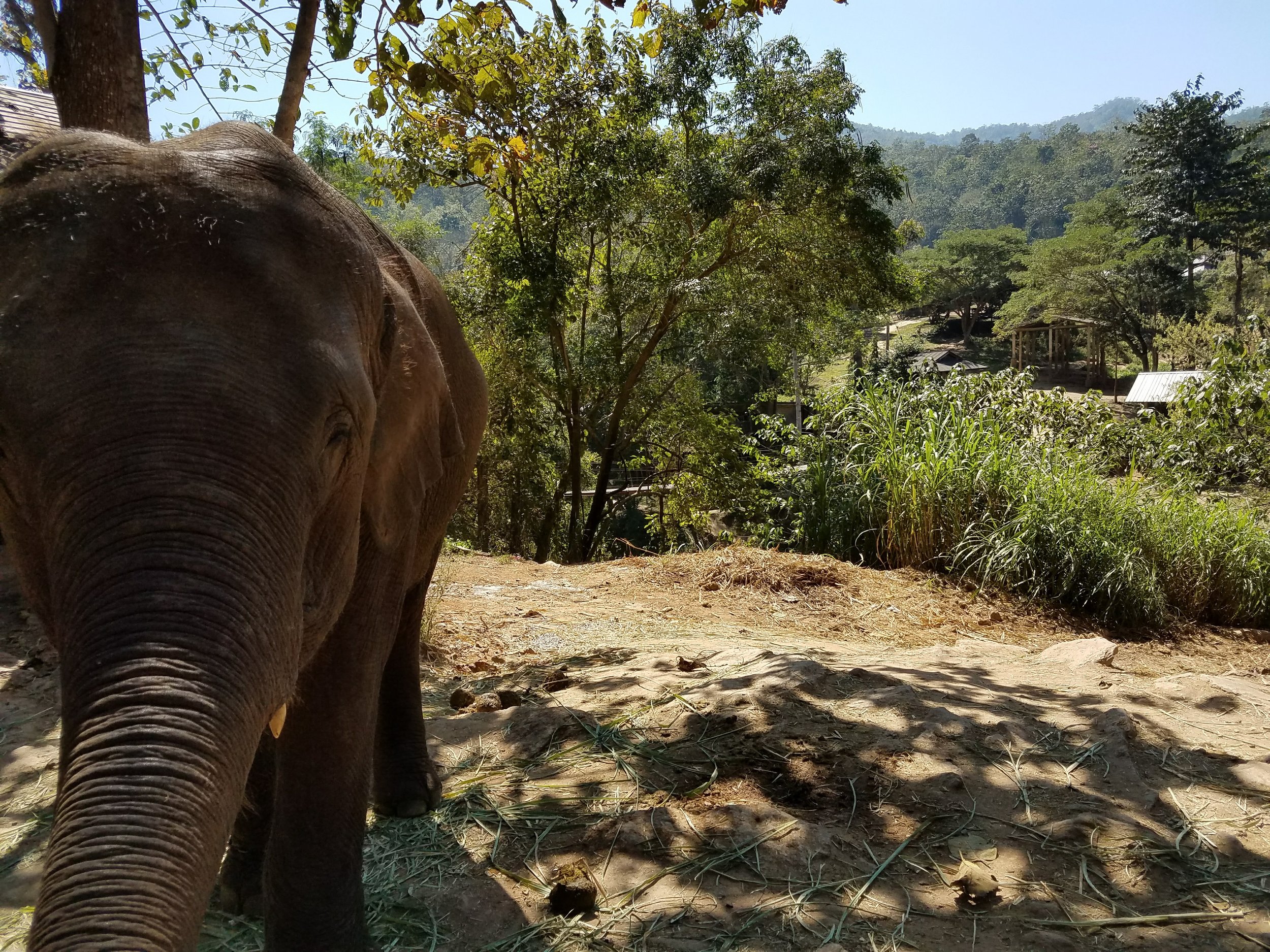 Culture Keeper contributor Armon Means jumped at the chance to see how the Thailand of his imagination compared to the living, breathing Thailand.

It was the colors that surprised me the most. Color is wrapped into the essence of this place. Chiang Mai’s vibrancy is translated in hues of such intensity, often unlike anything I’ve come to know in the States. These colors were formed into surface and texture, adapting pattern and creating form across textiles such as scarves of hand-woven cashmere, and across silk dyed with such delicate precision that it seemed as if nature organically created the object itself.

Even though I had previously traveled overseas, including to the Middle East, in my imagination Thailand was a land of mystery and deep-rooted intrigue that seemed to exist only in cinema and books with presumptuous titles written under pen names. Yet when the invite came, I accepted it without hesitation: a little over a week teaching workshops and participating in an international photography festival in Chiang Mai.

Once the fog of the language barrier cleared, my experience in Chiang Mai became one of exploration: observing expressions of religious belief as seen in a Buddhist temple tucked into a neighborhood, in a carving in an antique shop, in jewelry worn by the people. I craved these moments, as they made me feel close to this place and its people. Even though their beliefs were different from mine, I resonated with their need for faithful expression.

The energy of the streets was expressed in the beck and call of tuk tuks, in randomly crossing pedestrians, in red trucks, and in what seemed to be mass chaos in comparison to the multilane roads of concrete and perceived organization back home. I saw beauty in all of this, but also understood the frightening reality that even here, far away from my city and home culture, most people are all still running the same frantic race.

I didn’t get to venture out on my own until my final full day in Thailand. Renting a motorcycle (against the safety recommendations of my guide, mostly due to her own shock at my willingness to venture into the aforementioned traffic extravaganza), I escaped into the hills and mountains of Chiang Mai, determined to do nothing more than see elephants and ride to the top of the peak.

With excitement and hand-written directions scrawled upon my skin, I began a full day’s excursion that ultimately included getting lost and finding myself face to face with pachyderms and my own fear of heights in a place where no one spoke English to come to my assistance.

This was the adventure I had sought and feared. I had hoped to have a unique experience, and though the city was beautiful, shiny, new, and full of life, it was in this quietness, sipping tea, eating fresh pineapple and watermelon in a café nestled within a mountainside thicket that I found where I truly was. A bit later I stood at the highest point in Thailand, Doi Inthanon. There, in an extended moment shared with a few others, I found another homemade place of worship. Soaking it all in—these others, with cameras, on motorcycles, with families—I sat watching them as I enjoyed the solitude between the occasional tourists. As the sun lowered beneath the horizon, I rode down the mountain back to civilization.

Hours later I flew back home to my city, but I will always remember the “peace” of me left atop that mountain, in that place so far away, yet so close to home.