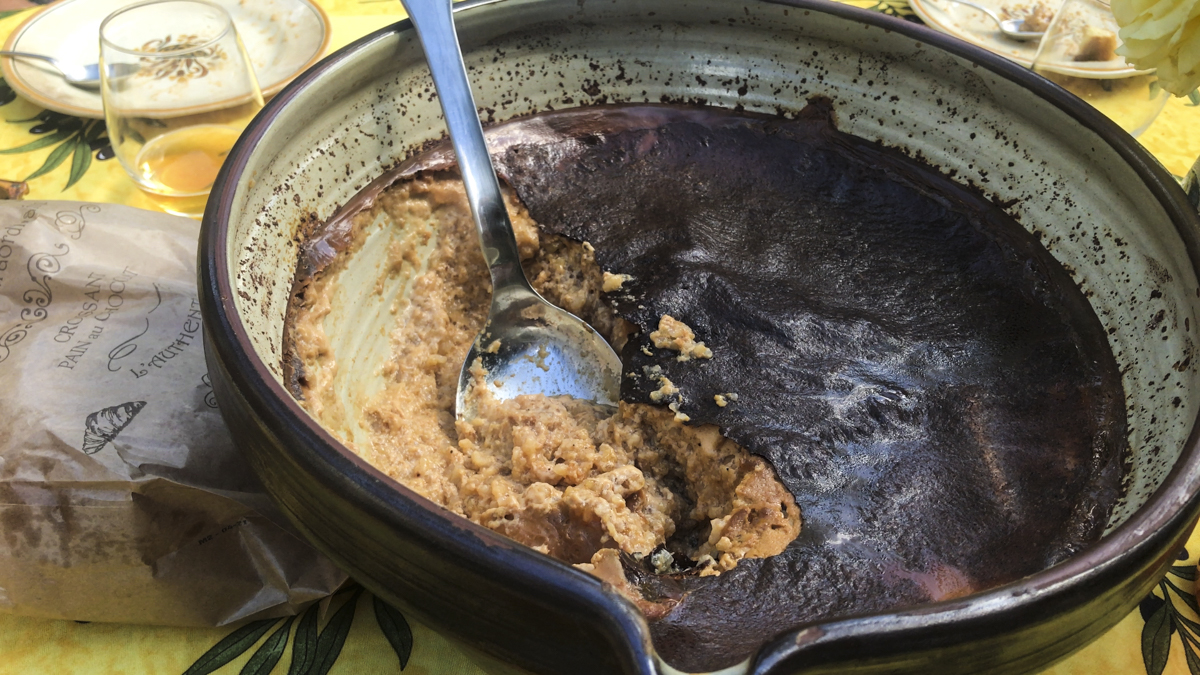 Since the 1700s, teurgoule has been a favorite dessert in Normandy.

A VIDEO REPORT BY BILL DIEM

A small mystery among local foods in France is how exactly to make Normandy’s teurgoule, a dessert of milk, rice, sugar, and cinnamon cooked overnight in a slow oven. The Normans, who have perhaps the best milk in the world, thanks to their region’s dairy cows, have been serving teurgoule since the 1700s, even though rice and cinnamon were exotic imports. In this video we learn that everyone seems to make teurgoule—pronounced “tur-GHOUL” and known in English as a cinnamon rice pudding—in their own way.

Recipes for teurgoule in both French and English are easily found online, with fairly significant variations in amounts of ingredients. Here is one recipe attributed to the Confrérie de la Teurgoule et de la Fallue de Normandie.

• Put 150 grams of round rice in the bottom of an earthenware terrine and add two liters of whole milk.
• Add 180 grams of sugar, a pinch of salt, and two teaspoons of cinnamon.
• Bake in an oven for one hour at 150°C and five more hours at 110°C.
• The teurgoule is done when the crust is brown and the teurgoule is no longer liquid.

Bill Diem, a graduate of Ohio Wesleyan University and Antioch College, contributes a weekly column to the Newberry News in Michigan, and he is learning to be a video journalist. For three decades, he was a print journalist best known for his coverage of technology and industrial strategy in the global automobile industry.