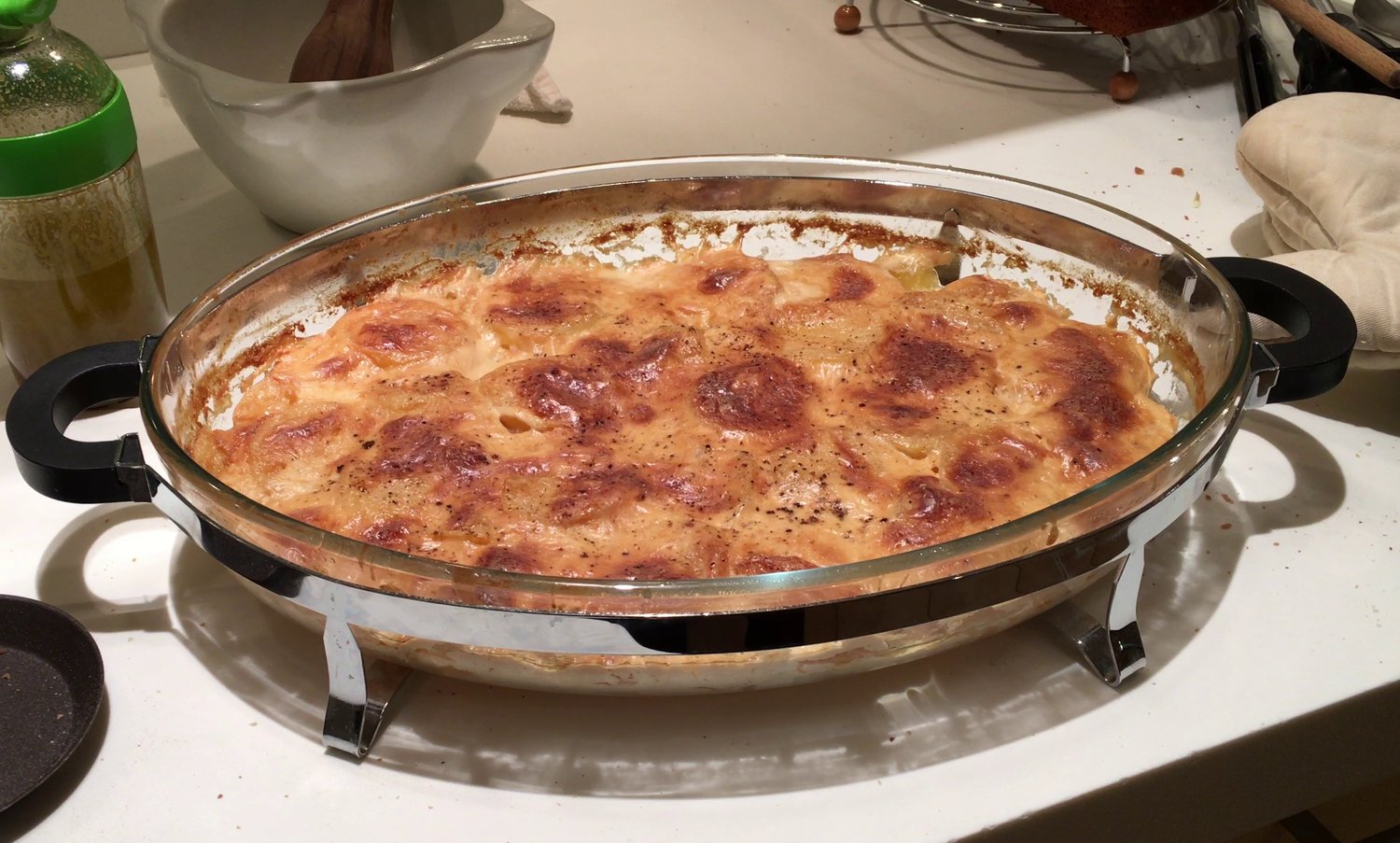 A VIDEO REPORT BY BILL DIEM

In a Culture Keeper first, at least in recent memory, we bring you a recipe! In a video report narrated in French (never fear, non-French speaker, we’ve included some English text for you), Bill Diem takes us from the market to the kitchen to a dinner table surrounded by friends ready to enjoy the evening’s star dish. Along the way he sheds some light on the history of this representative of France’s reputed culinary traditions.

Gratin Dauphinois is an oven dish of potatoes and milk, known in France since 1788 when, according to Wikipedia, it was served at a dinner offered to municipal officers of the city of Gap.

My documentary on the dish explains that while the base remains the same, there are different schools of thought when it comes to cooking time, oven temperature, and seasoning.

Milk has been known in France forever, and potatoes arrived from Switzerland in the historical Dauphiné region of southeastern France at the end of the 16th century, about 60 years after Spanish conquistadors brought them back from the Incas. The firm potato known as Charlotte is often specified for this dish, but it did not arrive in France until 1981.

Here is the recipe that we followed with our camera:

Bill Diem, a graduate of Ohio Wesleyan University and Antioch College, contributes a weekly column to the Newberry News in Michigan, and he is learning to be a video journalist. For three decades, he was a print journalist best known for his coverage of technology and industrial strategy in the global automobile industry.