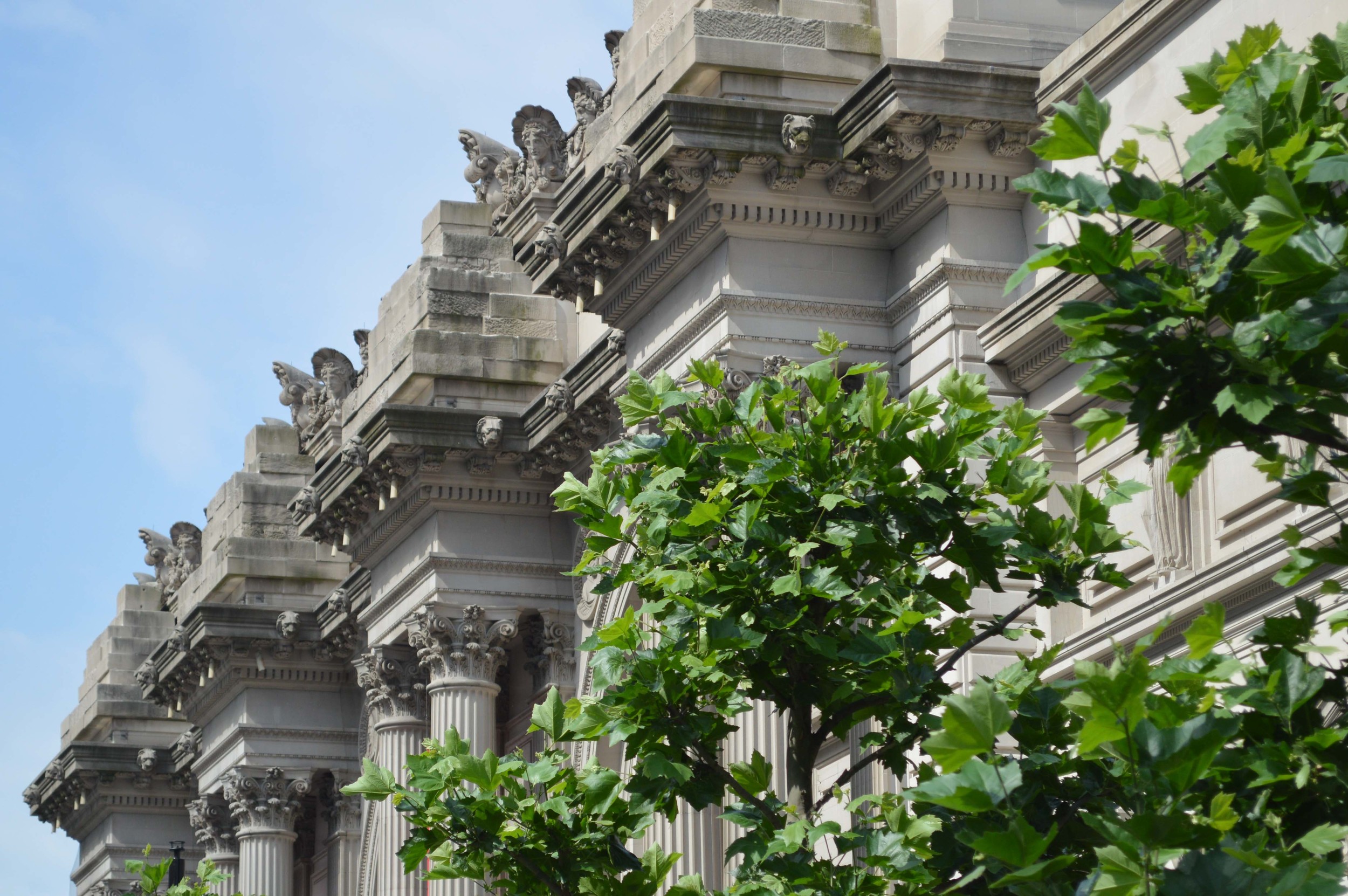 I recently found myself with three days in Manhattan. I was sorely tempted to go on an art spree, visiting as many museums as I possibly could. But I wasn’t in the mood for a marathon; I yearned for a retreat.

And so, I decided to spend three whole days wandering the galleries of the Metropolitan Museum of Art. Each day had a different energy to it.

The first day was manic.

I felt overwhelmed by how much there was to see, and I didn’t know how to structure my visit. I wanted to see everything, and simultaneously, I longed to take my time with the artworks. Then, as I was meandering through the Greek and Roman statuary, all of a sudden I came to a halt.

A pair of eyes was staring at me.

These fantastic fifth century B.C.E. eyes, independent of a head, looked out at the gallery from their vitrine. Back in the day, they would have been placed in a Greek statue’s eye sockets to give it life and immediacy. But here, in the Met in 2016, they were totally surreal. I instantly connected with this strange display. It refreshed me, and reminded me that my time in the museum could be odd and wonderful.

My second day in the Met was about rest.

I was exhausted from my first day in the museum, so I let myself take my time with objects. I punctuated my day with calming activities: a guided tour, champagne on the rooftop, a concert of historic brass instruments in a gallery decorated with a panorama of Versailles. On the tour, as the guide was leading us between rooms, I spotted an extraordinary painting from a distance. As soon as the tour finished, I rushed back to Gallery 815.

A mysterious woman stared off into the distance beyond me, surrounded by two extraordinary red ibises. She stood against a garden wall in front of an imaginary Middle Eastern cityscape. The pinks and reds of the canvas charged the scene like a setting sun. I was surprised to discover that the canvas had been painted by Edgar Degas. Like the Greek eyes from the day before, I was utterly captivated. I couldn’t get enough of the painting: I consumed it, I got lost in it.

The third day of my retreat was about pleasure.

Aware that my time in the Met was coming to an end, I wanted to practice mindfulness and luxuriate in the art. My modus operandi was letting myself be guided by the artworks, being pulled from one object’s magnetic field to the next.

As I was slowly exploring the dark medieval rooms, I was drawn to an unidentified South Netherlandish holy woman. Carved lovingly in walnut, her cheeks were rosy, and her robes shined gold. But what stopped me in my tracks were her hands. They were delicately grasping on to an object that had disappeared over the course of time. What had she been holding so carefully? Sans object, she looked like she was dancing. Like the Greek eyes, this statue’s missing context made her impossibly intriguing.

My three-day retreat in the Metropolitan Museum of Art was utterly rejuvenating.

As I reflect on my visit, I cherish the quiet moments I shared with these three magnetic artworks. In the moment, it felt like I had personally discovered each one. And the more time I spent with them, the more familiar and precious they became. They tapped into my own sensibilities, my curiosity, my sense of humor, and my way of appreciating the world.

I was strongly reminded that I am not alone.

website | more from this author
Marina Gross-Hoy is a writer and museum studies doctoral candidate in the Eastern Townships of Quebec. She is curious about what it means to look at life with the same attention we use when looking at art in a museum. In her own experience, looking closely at her daily life has opened her up to wonder and a deep sense of aliveness. She explores these ideas in her newsletter, where she shares simple practices for looking at life like a work of art.