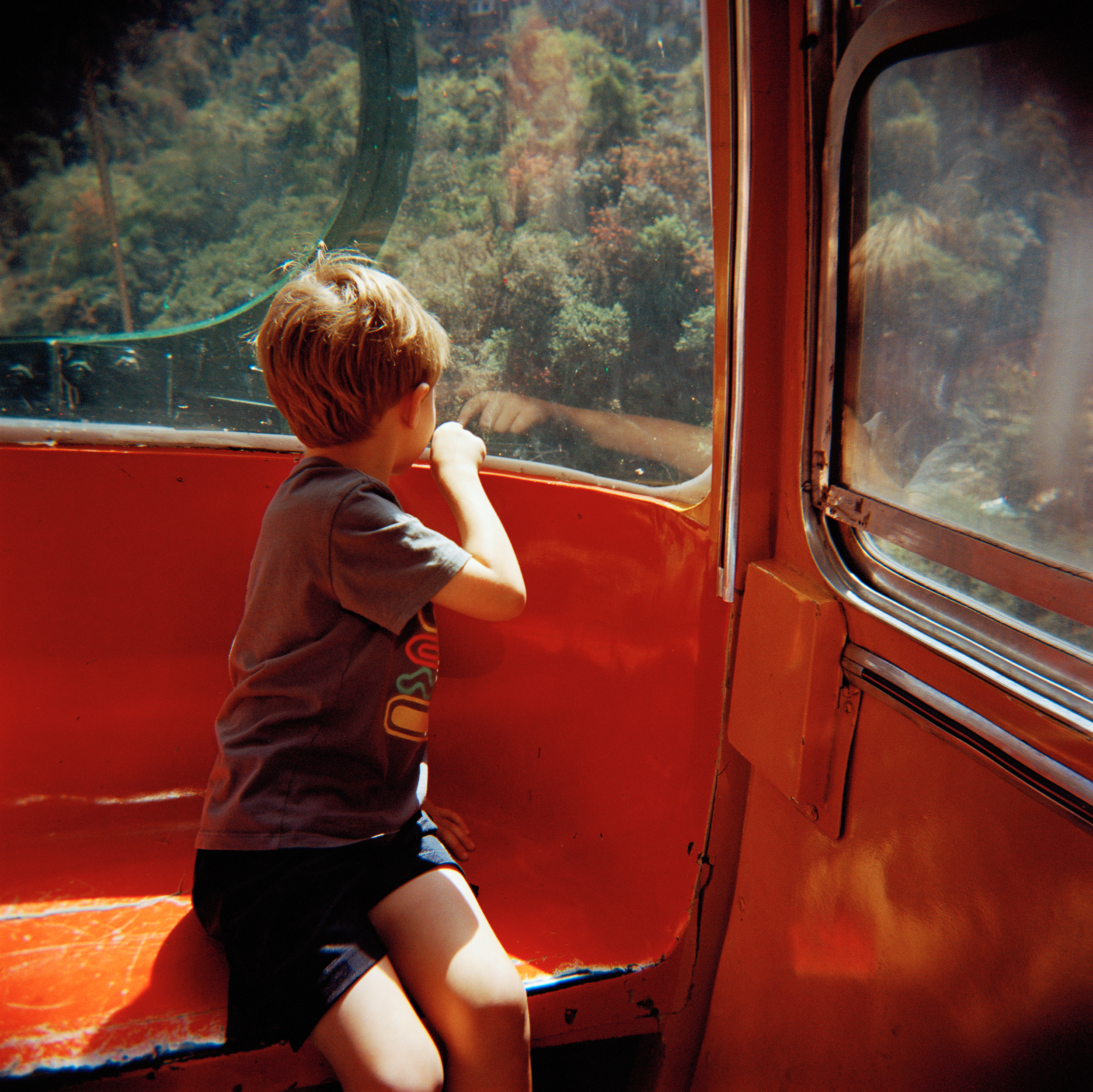 We moved to Delhi from London in June of last year. We boarded a plane with a cool breeze on our backs, and eight hours later stepped off of a plane with fire in our faces. Since then we’ve spent our days fighting fires: Traffic. Weather. Air pollution. Culture shock. Sometimes in our exhaustion we see fire on each other and we feel the heat inside.

We’ve recognized at different times, since last June, that it would do us good to retreat to an oasis-like place. We’ve tried different things, but it’s been hard to fully shed our urgency, aggression, and loneliness.

Our kids had a week off of school before Easter. We decided to head north to the mountains of Uttarakhand. We’d toyed with going south to the beach but opted for cooler climes.

I brought my Holga and four roles of film.

The setting was beautiful. Compared to Delhi’s flat, dusty, crowded surroundings, this was steep and quiet. The roads twisted and pulled and unbalanced us as we travelled up and around the mountains. They led us to falls, mountain towns, overlooks on the valley below, and the Himalayas beyond.

Some of our fire fighting was suspended while we were in a different place, but some of it we brought along with us.

We did not have to sort out the day in the same way. We did not have to make food; someone else did that for us. We could swim and take walks at will. But we still had to sit with ourselves and face each other. Does anyone smell smoke?

Now we’re back in Delhi and I’m taking in the truth once again that we can’t divorce ourselves from ourselves—even and especially the parts that blaze and seem to cause us problems. And contrary to my first reaction to run, the key to fire fighting for myself, my family, and my new city might just be in embrace.