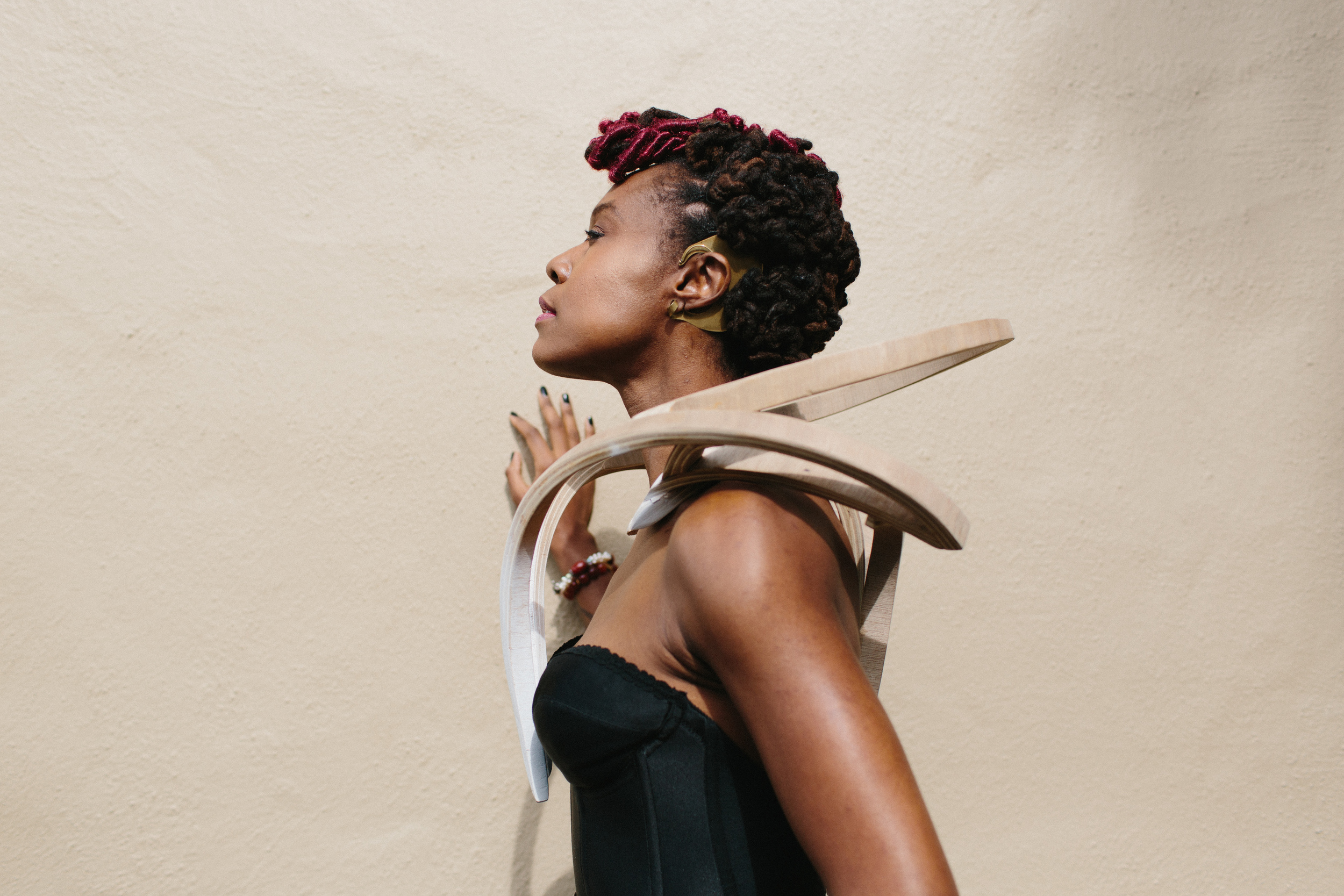 Join contributor, Roshanda Cummings, as she explores what personal style and unchained expression look like for women in the Afrofuture movement.

“Art and culture [are] themselves time-traveling.”
-Walidah Imarisha, Octavia’s Brood

I pull up to Zakiya’s house, 15 minutes earlier than Google Maps predicts. I pull down the mirror to check my headwrap.

Wow, so unlike me. Fuchia and bright turquoise on black silk, my mother’s scarf. This African-style is something unusually fancy paired with my hand-me-down burgundy sweatshirt and faded black jeans. But I read somewhere that one must wear a crown to document queens.

When Jonathan Randall Grant, creative director of Culture Keeper, asked me, “What’s one thing you want to share with the readers of Culture Keeper?” that answer was easy. My culture, of course. My eagerness to share comes from how priceless our culture is to me and my community. Unfortunately, this culture is typically diminished into raving misunderstandings or—worse—simplistic tropes.

But the readers of Culture Keeper are not simple people. You get the big stuff. You are curious about both the past and the future. So, let’s play with the future, shall we?

I am pretty geeked right now over Afrofuturism, so we’ll start there. You’ve seen Afrofuture before, even if you didn’t recognize it the first time you saw it. Think back to last summer 2015, when online publication after publication lost their minds over a party they weren’t invited to. The 2015 Afropunk Festival was a big deal, not just for fashion but for people of color. It was like Coachella but not Coachella; because this time, the vast lawns full of painfully hip, interesting, and free-spirited attendants were black.

It appeared as if the entire underground-society-of-black-artistic-savants had converged to hang out. Social media discussed their clothes. Me, I thought about their influences. I could agree, their style was punk in that there was a rebelliousness to how they dressed, but to me, it was more aptly Afrofuture because they were stepping out as pioneers for the way they aspired to live out their personal beliefs and be in community with one another. The clothes were the final product, and the group couldn’t be categorized or ignored. And in Afrofuture, this is the point.

Afrofuturism is the word that describes an artistic movement of African peoples in sci-fi (or “visionary fiction,” as Walidah Imarisha likes to call it). It was made visible by greats like Octavia Butler and Sun Ra and George Clinton. And an Afrofuturist, as Ytasha Womack so expertly puts it, is a person who “seeks to inspire and forge a stronger self-identity and respect for humanity.” She goes on to say, “[By] encouraging enthusiasts to reexamine their environments, [they] reimagine the future in a cross-cultural context.” Let me say it another way: Afrofuture is people of color imagining a different place for themselves, and then using art to live into that future now.

Why imagine a different place for themselves? Well, current systemic oppression. And its aftereffects. But more notably because the sheer imagery of black boys and girls, men and women, painting themselves into stories about the future is, in and of itself, a critique. A rebellion. A stand. Peoples of African descent audacious enough to narrate a future where they have power(s) flies in the face of sci-fi art or science that is typically devoid of ethnicity, as if in the future everything to be culturally proud of or anything cultural at all kinda just disappears. But Afrofuturists are not The Disappeared.

And that’s the thing too: Unlike other contemplations pertaining to the future, Afrofuturism sees the past intricately connected to what is yet to be. It’s all on the same plane. And that’s where things get super interesting.

In coming weeks, you’ll be journeying with me as I show you what Afrofuture expression looks like in the backdrop of the everyday. We’ve photographed five powerful women who draw on some streams of Afrofuture in their day-to-day style (queens, to be more apt, since women of Afrofuture refer to themselves and other women as “Queen” or “Sis,” out of respect). We’re going to their homes, their backyards, and their neighborhoods. These are their clothes.

Zakiya Harris, BrittSense, Sumayyah Franklin, Queens D. Light, and Shah Hussein live Afrofuturism/Afrosurrealism in the present. Unrestrained self-expression paired with ultimate appreciation of African heritage. Your question, dear reader: What does it look like to live in the future now? I warn you: It’s cool. And perplexing. And a bit wild.

But so is freedom.

Roshanda Cummings (or "Roe" to all) is a San Francisco Bay Area native and lives with her partner E, as they figure out how to live how they wish: all love, not sorry. She writes, documents, and muses about the ins + outs of living a minimalist life as a person of color and moderates an extraordinary community interested in doing the same. She observes all the time and tells stories to make sense of it all. Check out her journey on Brownkids.