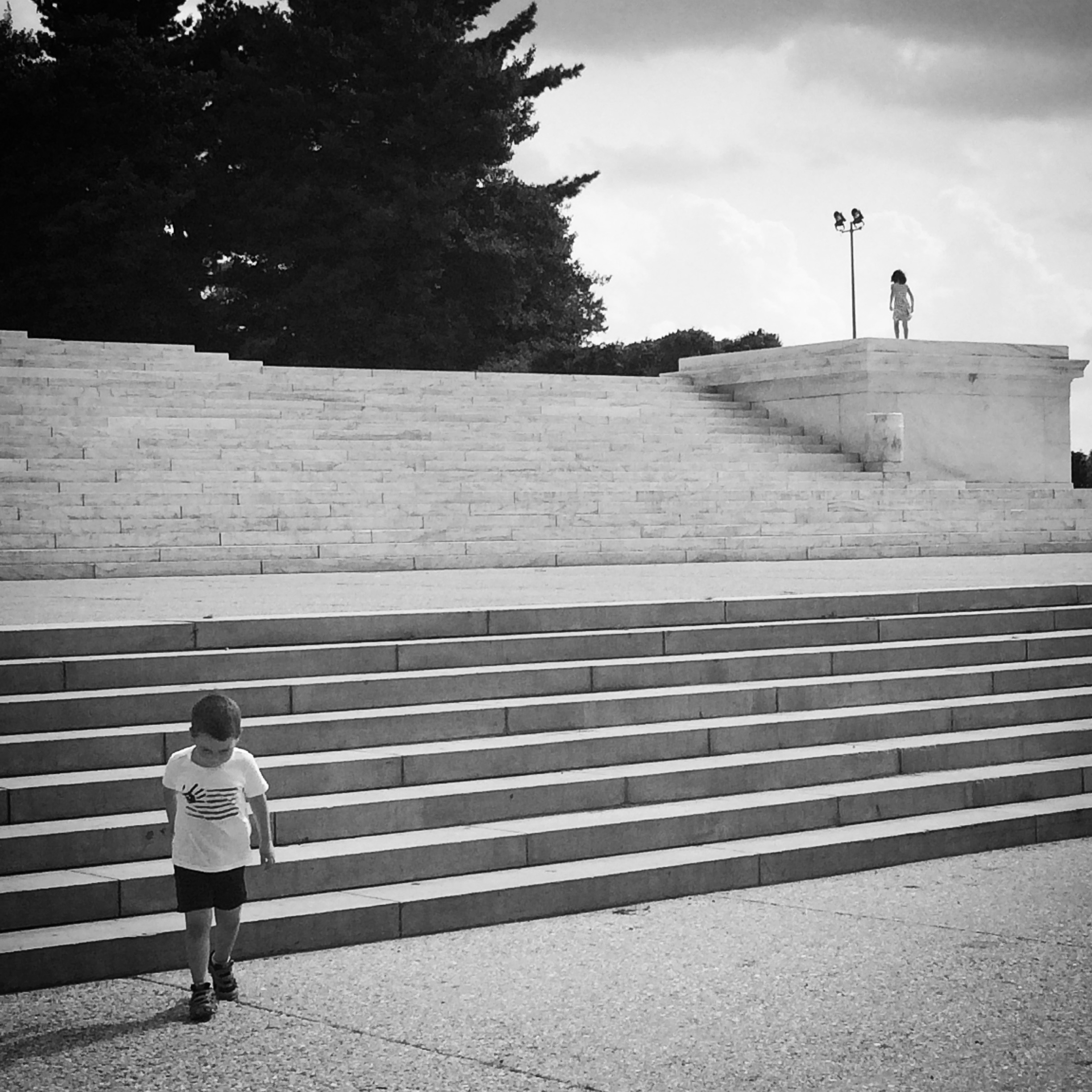 Over the last year I have made a concerted effort to be more mindful and present, but for most of my life I have been restless, living in the pursuit of ideas, from implementing school recycling programs as a grade-schooler to experimenting with different mediums of art and music. The process of creating allows me to evolve and hone my ideas, always with the underlying notion of making the world better.

It wasn’t until recently that I identified these deeply embedded desires for social and environmental justice, which are, as I reflect back, probably what led me to the profession of landscape architecture. I connected with the historic movements of the profession, such as City Beautiful, and the ethical canon of environmental stewardship.

As I have dug deeper into being a landscape architect, that old restlessness has crept in again. After being thrust unwillingly into the Great Recession, which to me was not so much great as terrible, I confronted a professional crossroad at which the question of what it meant to be a landscape architect was front and center and at which I nearly succumbed to alternate careers.

As I instead reestablished my identity as a design professional, I questioned the external drivers that had led to such a professional existential crisis: obstacles like the lack of public awareness, qualitative rather than quantitative metrics, and a paradigm that results in spaces designed for efficiency not efficacy.

Landscape architects often brandish the phrase, “Green since 1899,” with the understanding that being the first to be “green” counts for something. But to me it has always meant that we have been having the same conversation for the last 117 years, and faced with a future of professional uncertainty, the phrase stung me with all of the resentment and frustration you’d expect. I hated watching public space designs evolve unsuccessfully, hearing designs blamed for the value engineering of others, and knowing that given an opportunity to be involved in the conversation, I could have contributed to a more effective solution. In short, I was on the outside looking in.

And so began an unintentional pilgrimage to rediscover design. At outset of the journey, I didn’t know that identifying that deep burning desire—both to participate in the design conversations and to do something meaningful as a landscape architect—was only the first step.

I have always loved to draw. Fifteen years ago, I produced a drawing of a man, hooded and holding a lamp. It was published in a student journal opposite the warrior Xena. This offended my father. While he typically regarded my work as whimsical, this particular piece had caught his attention. He likened the image to a particular mythological character who had searched the world for truth, and to my father, the drawing’s juxtaposition next to a sexualized warrior was just another iteration of the sacred and the profane.

After some light internet research, I found out more about this character my father referenced. Diogenes of Sinope lived in Athens around 400 BCE. Though eccentric, he believed that virtue was better revealed in action than in theory. He openly criticized the social values and institutions of what he saw as a corrupt, or at least confused, society. Perhaps this smacks of delusions of grandeur, but upon further reflection, the concept of one searching for truth and identifying the sacred-profane dichotomy seemed very relatable in my own journey.

For me, everything is connected. If I let it, the concept of a “pursuit of good design” could draw correlations and parallels to many different aspects of my life or the world at large. I want to answer these aching questions (among many others) that seem paradoxically aligned:

While I have already embarked on many trials and errors, I remain optimistic. Philosophically, people are attuned to the ideas of efficacy and value, and because of this receptiveness, being fiscally conservative is an obstacle that can be overcome. Beyond that hurdle, it is opportunity that drives me. Because we deserve healthier, more vibrant places to live in, living out the vision to overcome obstacles and understand opportunity is a journey worth taking.

For my part, I enjoy solving problems by connecting people to new ideas through design, innovation, and advocacy. I am passionate about improving public health, the built environment, social equality, and resource management, and I hope to engage other professionals with the same enthusiasm. Seeking to answer the above questions is a bit like peeling back the layers of an onion. I invite you to peel back the layers with me and discover solutions to the problems that keep us up at night. To quote the great Peter Walker, “Cities are on the rise and we [landscape architects] are on deck.”