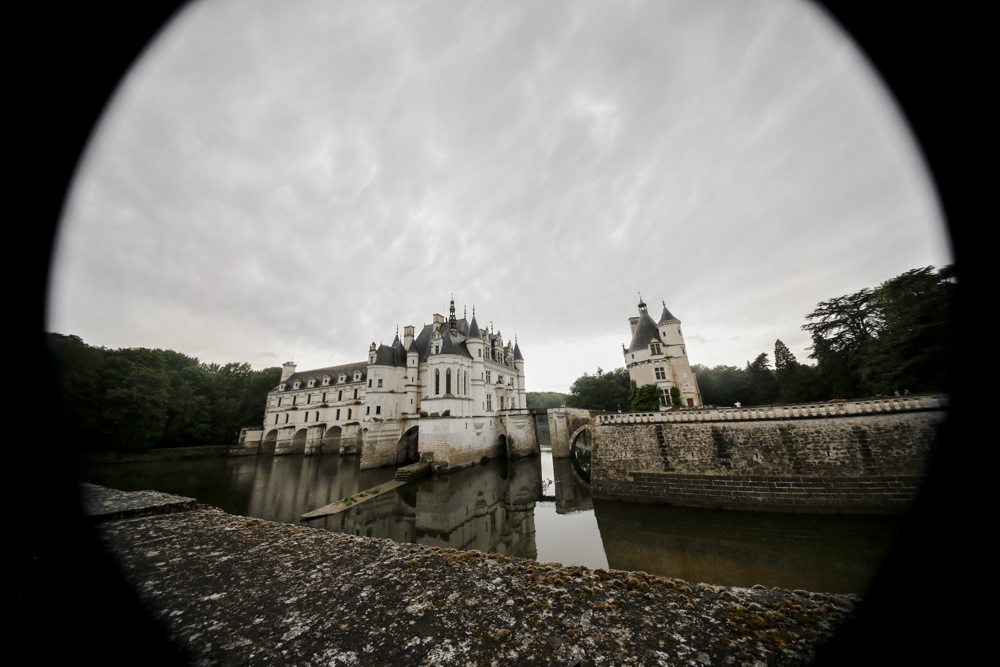 STORY AND PHOTOS BY JC JOHNSON

During a summer visit to France, JC Johnson toured a chateau that was the site of its fair share of intrigue – making it the perfect setting for the newest installment in our roving View From Here series.

I tried really hard not to admire Catherine de’ Medici’s ability to use spite to gain power. Originally, the Château de Chenonceau was given to Diane de Poitiers, the mistress of Catherine’s husband, King Henry II, and I can only imagine Catherine’s satisfaction at eventually acquiring that chateau as her own. After the King’s death, the widowed Queen forced Diane out of the chateau that Diane had loved. Catherine hung her own portrait in the mistress’s former bedroom … oh, the spite. I shouldn’t be surprised over Catherine’s scheming, since her Italian family rose to power and influence in part through their proficient use of spite. Catherine de Medici is one of the most powerful non-French royals in history to govern as a French regent, and during her rule she used this chateau as her headquarters.

As I looked out one of the windows of her study, I wondered how many conversations Catherine had in that room with her “flying squadron” of female spies? Was it Diane that taught her how easily powerful men could be manipulated by amorous women? When did Catherine decide that since men were using women, now women could use men to gain advantage? (And again, we see her spite.) How long did she stare out that window looking at the bridge commissioned by Diane to connect the chateau to its opposite bank, before she spitefully turned it into a ballroom? Was Catherine in the castle’s tower when her son died and she decided to send her powerful daughter-in-law, the Queen of Scotland, back to her home? Should I be ashamed of myself for being impressed with her cunning ways?