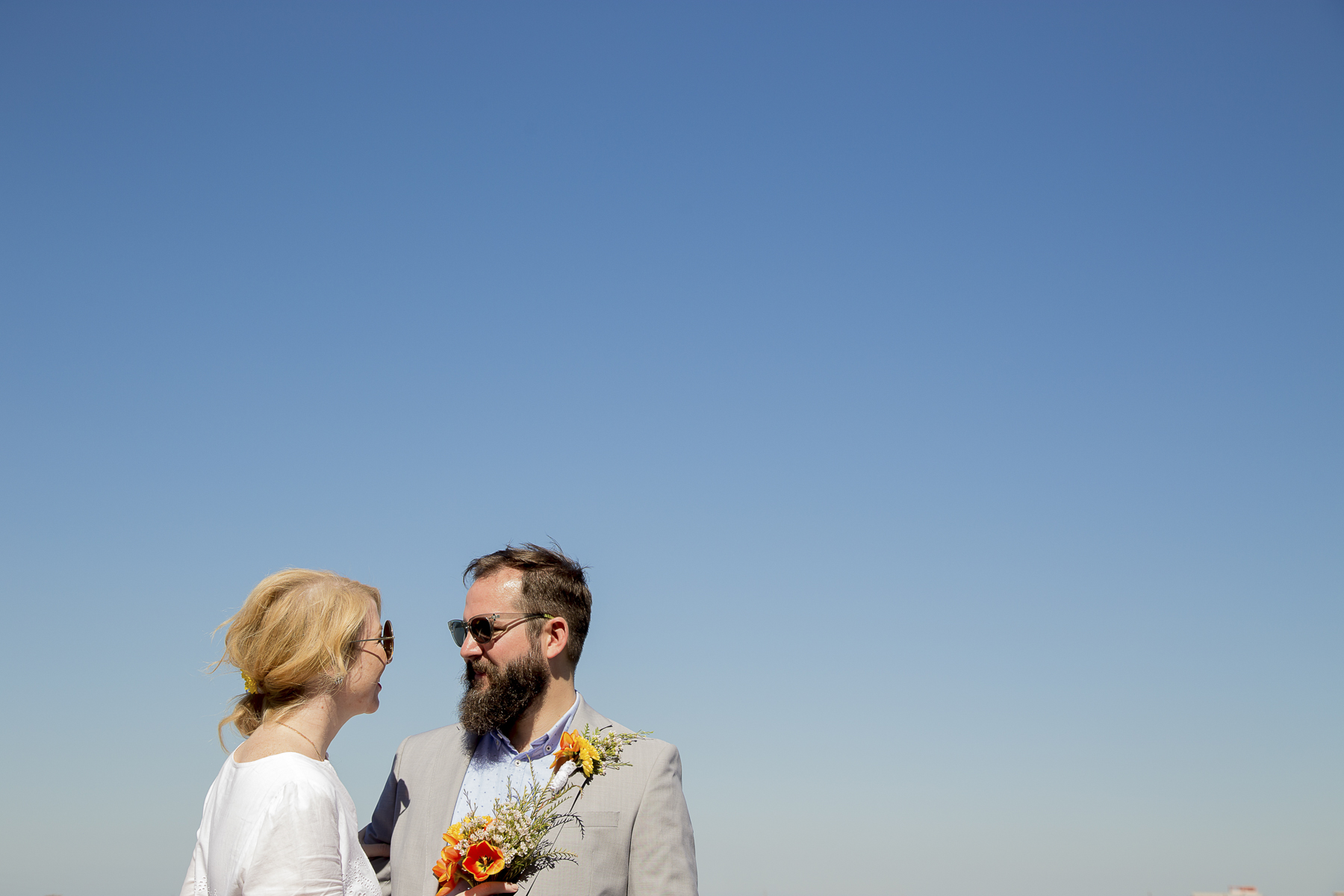 PHOTOS AND TEXT BY LAURA ROCKETT

When a wedding photographer becomes an elopement photographer, blending in becomes impossible. Read how Laura Rockett took on the role of chronicler and tour guide for one couple’s big day in New Orleans and peak inside their luscious wedding album.

One of the privileges of photographing a wedding of 150-plus people is that attendees barely notice the photographer (especially after consuming a few drinks) other than to comment “that’s a big camera” or to ask if it’s a Canon or Nikon. To note, my camera is an average-sized DSLR with lenses ranging from pancake to my-arms-are-really-tired (I’m looking at you 70-200)!

Since beginning my career in wedding photography, my goal has been to get in there on the wedding day and become so “one” with the people and surroundings that I am able to document and create with the natural ease of an insider: like a cultural anthropologist documenting the customs of an isolated Indonesian tribe. Each family, or group of families, has its own traditions, its own tensions, and its own ways of cultivating the joy of the wedding day.

But how does that cultural anthropologist approach work when the photographer becomes the sole witness, along with her assistant, to a couple’s marriage vows?

The first elopement I shot was in my hometown of New Orleans. I brought along my friend Maria. She didn’t really have any interest in being a photographer, but she had the day off and wanted to hang out, so I told her to come along and hand me lenses or reflectors as I needed them. It’s a good thing too; we needed a second witness on the marriage license to make it official.

That’s how intimate an elopement shoot is. Just you and the photographer and the couple and an officiant. So as you can imagine, it’s hard to be a fly on the wall, to arrive, blend in, and document without changing the events of the day. Instead, the couple was looking to me. “What’s next?”

I learned quickly, and for later elopements, I was ready.

Alex and Moira came to New Orleans on a mini-vacation from Philadelphia. Alex was attending a design conference, and they decided about three months in advance that they would elope in NOLA, bringing along a few items that represented their families and served as a way of including these relatives in their big day.

Moira hadn’t experienced the city before, and after we shot the ceremony and a few portraits at the Algiers courthouse on the west bank of the Mississippi River, there was a blank canvas for our four-hour shoot. It was time to put on a show. How they would remember their wedding day—and for Moira, this city—was now in my hands. I took a leap (they had good energy and a laid back vibe): “What if we spent the next few hours doing ‘traditional wedding events’ while I tour guide you around the city?” I postured. They agreed.

I loved this, firstly, because I love showing people my eclectic, crazy, funky, chill city. Secondly, this allowed me to use everything I know about shooting weddings and apply it to this very outside-of-the-box nontraditional wedding day.

We took the ferry across the river with beautiful views of the bridges and skyline, walked down Royal Street with its old-world architecture, ate a slice of cake at Cafe Envie (my fave little coffee shop in the French quarter), listened to a street band, did first toasts with to-go drinks at a jazz dive bar in the Marigny neighborhood, and sent Alex and Moira off to dinner with a last round at the famous Carousel Bar at the Hotel Monteleone, all along the way embracing the city and its various backdrops at a leisurely pace.

We were able to take portraits that would go with the walls in their new home and Alex’s office. We chased the light, and I discovered Alex’s love of cars. We took time to create a personal and unique experience that was unlike any I’d ever shot in over 500 weddings of varying sizes, religions, cultures, and levels of tradition.

That was the beauty of their elopement.

A New Orleans native currently based in Nashville, Laura Rockett is a visual artist specializing in photography and video production. She was drawn to this storytelling work by a devotion to living narratives. Fashion. Music. Love. Food. These are just a few favorite subjects, not to mention people and the amazing work that they are creating. Inspired by a love of water, light, and poetry, Laura's art gives a nod to old world charm, plays with modern sensibilities, and adds a touch of humor.
Find her on Instagram here.