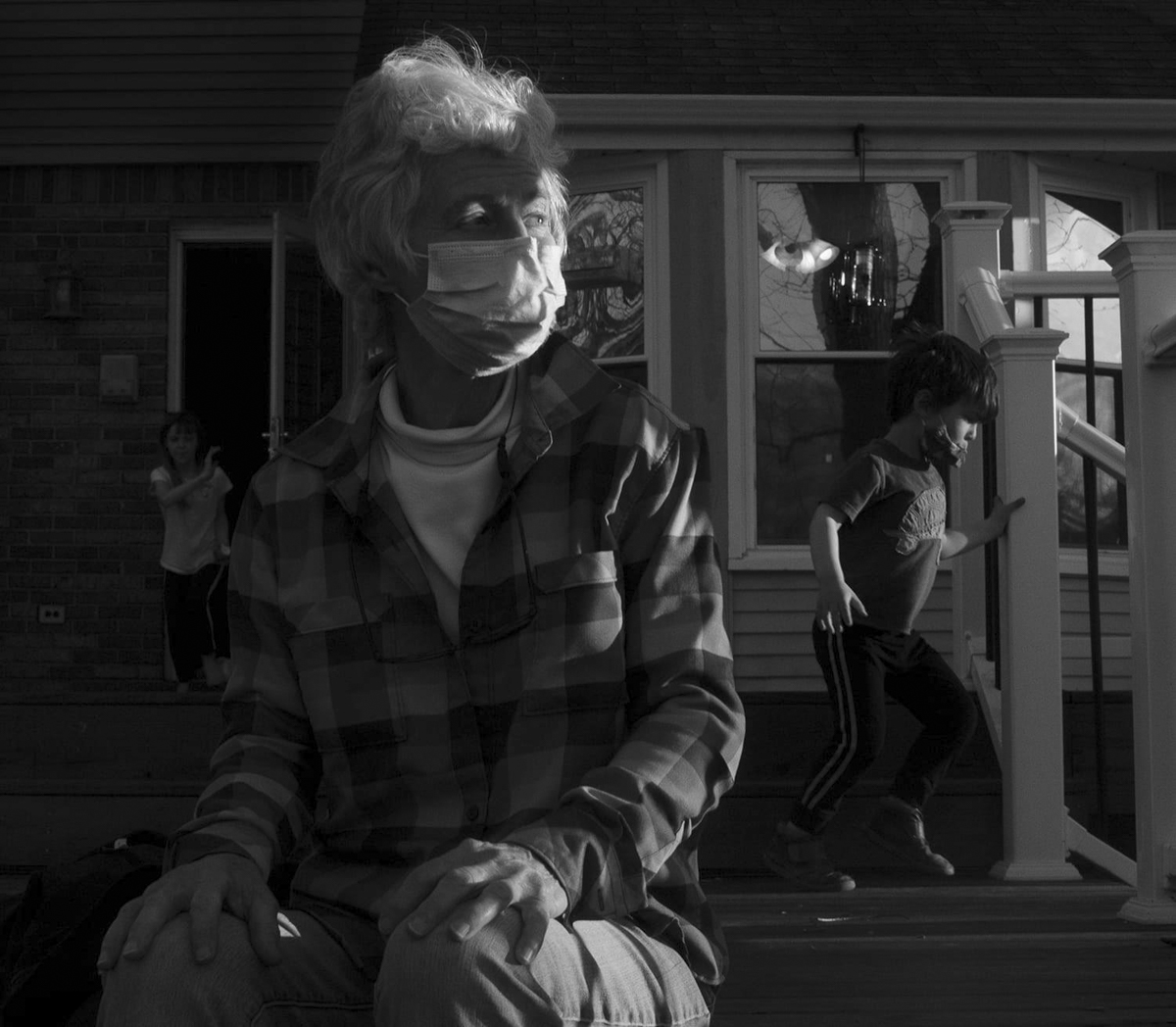 Photo by Joon Powell. The photographer’s mother, a retired physician, traveled to visit after being fully vaccinated. Even though she was safe from infection, the family took precautions by only being together outside and wearing masks.

Illustrating their divergent perspectives and practices, four photographers from Nashville, Tennessee, USA, each with a solid foundation in newspapers, have prepared a pandemic-era exhibit that will be shown at two Nashville institutions: in 2021 at the Scarritt Bennett Center and in 2022 at Vanderbilt University, where it will become part of the permanent fine art collection. In the months leading up to these exhibits we’re featuring their work in an ongoing Anthrow Circus series, a project that is as much a study of photographic styles as a record of the pandemic.

As vaccines become more widely available in the United States and infection rates decline, spring offers some hope. In this collection, “Breathe,” Nashville-based photographers John Partipilo, Dawn Majors, Bill Steber, and Joon Powell record the early blossoms as Nashvillians begin to cautiously emerge from a surreal and desolate period of isolation to welcome the touch of a grandparent, celebrate their immunity, and at last, breathe a little easier.

“1, 2, 3, 4. Breathe, hold for 2 seconds, release with a sigh.” Release all the stress and anxiety with each exhale. 2021 has arrived and with it a glimmer of hope is in the air, a lightness as vaccines are administered and the idea of a “new normal” seems close at hand. These images reflect the freedom of times past when we took for granted the air we breathed and the freedom to move about the earth at leisure. There is hope, I think—1, 2, 3, 4, breathe.

Dawn Majors’ photos are a quiet exploration of the intersection of nature and humanity’s odd creations, with a gentle affirmation of her own identity. At once painterly and specific, macabre and whimsical, Majors’ full-on embrace of her cell phone as a tool shows a jaunty appreciation for pedestrian discoveries with an escapist appeal.

My husband sleeps off his first vaccine dose while our son plays. Listening to his long, even sleeping breaths that day, I felt more peace than I had in a long time.

Joon Powell wields both a digital SLR and a 4×5 film camera to show her family’s isolation during the coronavirus pandemic. Drawing from the tradition of Emmet Gowin or Sally Mann, Powell documents her family, often using a series of diptychs to deepen the images’ meaning.

Plague doctor, standing in the landscape of the Badlands in South Dakota. At the time these tintypes were made in October 2020, South Dakota had one of the highest COVID-19 infection rates in the world. The mask the doctor wears references 17th-century European physicians who treated low-income bubonic plague victims while breathing through bird-like masks which were filled with herbs and flowers. The purpose of the mask was to fill the breath with aromatics and keep away bad smells, which were thought at the time to be the principal cause of the disease.

Driver Ashley Graham celebrates her vaccination by shooting Silly String at Courtney Easter, in the passenger seat, and Tatiana Walton, in the back seat. On Saturday, March 20, the Nashville Department of Health offered 10,000 doses of the single-shot Johnson & Johnson vaccine at the Nissan Stadium in Nashville.