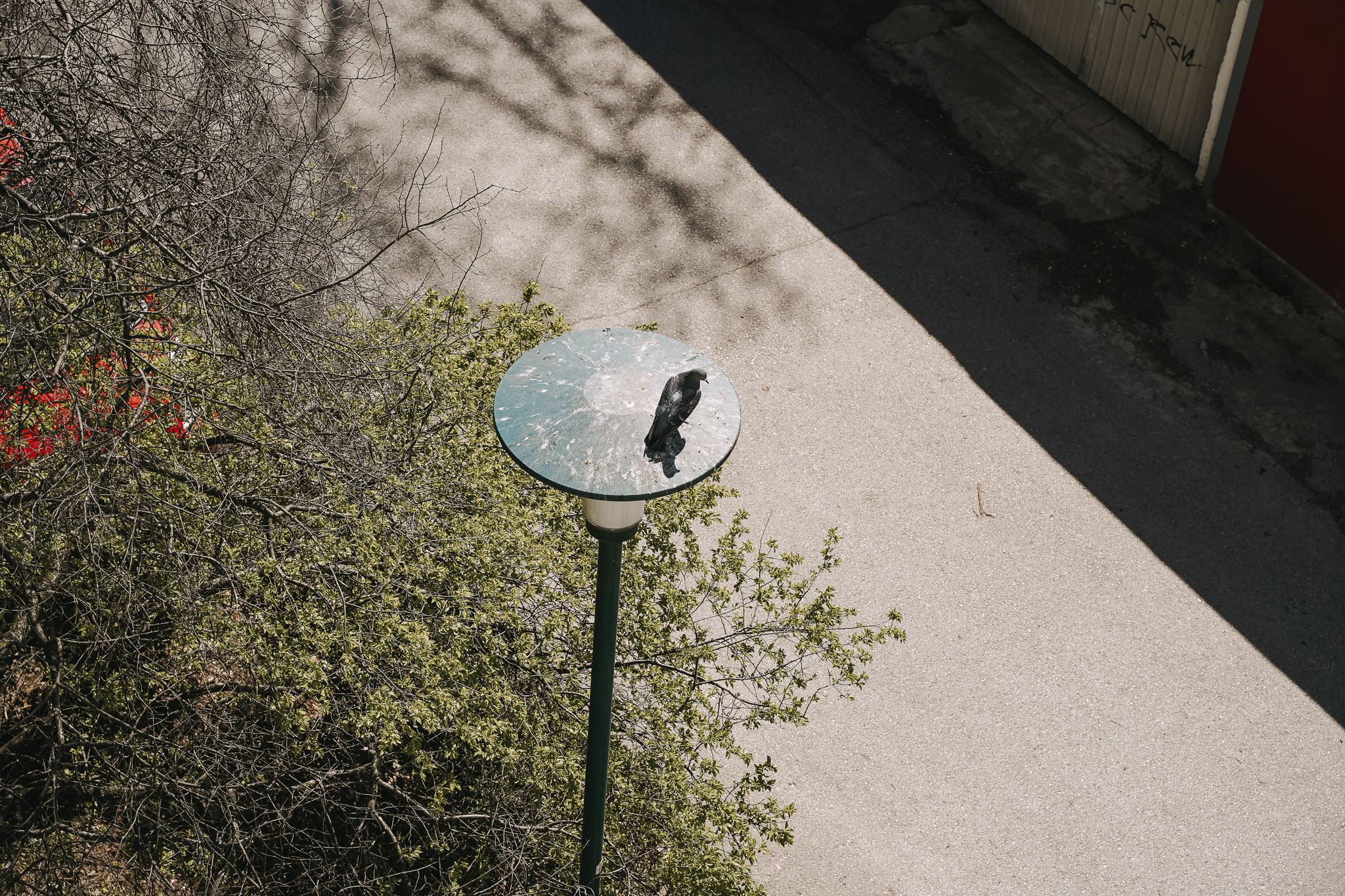 TEXT AND IMAGES BY KATIE MCCRAW

I panicked. Full-on panic-attack-style, feeling-completely-stuck panic. It was a couple of days after lockdown had been announced in Bosnia-Herzegovina. We had felt the decision coming, as we closely followed news from Italy and Spain and as cases rose in neighboring Croatia and Serbia. My Dutch friend and I had started to make plans to move in together so we wouldn’t be alone for however many weeks lockdown endured, but suddenly she was required to return to the Netherlands. With this, a rift began to destabilize the contingency plans I had made. My mind then went into overdrive, and I fast-forwarded the next few months: living alone, with no physical contact, my family thousands of miles away across the other side of Europe, with work ground to a halt, and so many unknowns ahead. And I panicked.

Fear has a strange way of blocking our perspective, of turning our eyes downward and inward, of paralyzing our rationality. The fear of loneliness had gripped me, and I began to see this lockdown as a picture of my life: a 30-something woman trapped in her singleness, forever alone. How was an extrovert meant to survive this situation?

After a mini (socially-distanced) breakdown over the phone with some good friends, I got the majority of my pity party out my system and was left with the following challenge: day by day. This became my mantra for lockdown, and Billie Eilish’s song “everything i wanted” became my soundtrack.

Living in Bosnia-Herzegovina these past eight and a half years has certainly taught me to approach life more spontaneously, but lockdown was taking this learning to a new level. During the first few weeks I forbid myself to look beyond the end of the day. As I relaxed into new rhythms of limited physical social contact and activity, punctuated with various forms of online communication, I slowly began to take stock of the world around me: I noticed the variety of trees outside my apartment block; the naughty crows stealing parts off next-door’s roof to build a nest; the way the older lady across the street carefully waters her plants each day; the shimmer and shapes of the gentle late-afternoon light; the congregation of chirping birds mid-morning. As I contemplated the details of nature, my eyes lifted upwards, my perspective shifted, my soul felt lighter. Even amidst the overwhelming, never-ending stream of media proclaiming disaster, death, and a myriad of unknowns, the natural world kept going, the world kept spinning.

One morning, several weeks into the lockdown, I stepped out the shower with the first verse of “everything i wanted” going round and round in my head. I thought of all this technological communication—Zoom meetings, WhatsApp group hangouts, a barrage of voice messages, my phone pinging and buzzing and ringing—that I was depending on in my isolation. Wasn’t this what I wanted? To know that I’m not alone, that people want to contact me? Yes, but in contrast to the natural details outside my windows, my phone’s buzzing and ringing had me beginning to feel overstimulated, like I was wired everywhere, to everyone.

And if I’m being honest

It might’ve been a nightmare

I realized that while I had begun appreciating the small things in life and nature around me, I had still been filling that void, that fear of being alone, with technological connections to people.

So I took myself off Instagram for a while. I silenced most of the notifications on my phone. I decided to take advantage of the extra free time, to begin to run again, to hike and walk with friends at respectable social distances.

I started to take photos by listening to what was going on inside of me, rather than considering what would be well received on Instagram. Through photography, I started questioning my relation to the concept of home and belonging.

Writing this in the first half of June, our restrictions have more or less eased after two and a half months of lockdown in Bosnia-Herzegovina. The country has managed to flatten the curve with one of the lower death rates of European countries. I have begun working to almost the capacity I was pre-lockdown.

And I never thought that I would say this, but I actually miss the slower pace of life. Even though I can see more people now, I seem to have got used to more time by myself. So I’m inclined to be a bit slow in reclaiming a replica of my pre-lockdown life. For a little longer, I want to continue wondering at the workings of the natural world around me, questioning what it is that I ever really wanted.

Katie McCraw is a documentary photographer based in Sarajevo, Bosnia-Herzegovina. There she works for Novi Most International, a nonprofit where she uses her creative skills to get alongside teenagers and young adults, helping build their confidence and hope. Katie is originally from Edinburgh, Scotland, and as someone who has spent over eight years living in a second culture, she is particularly interested in narratives of transition, home, and identity.