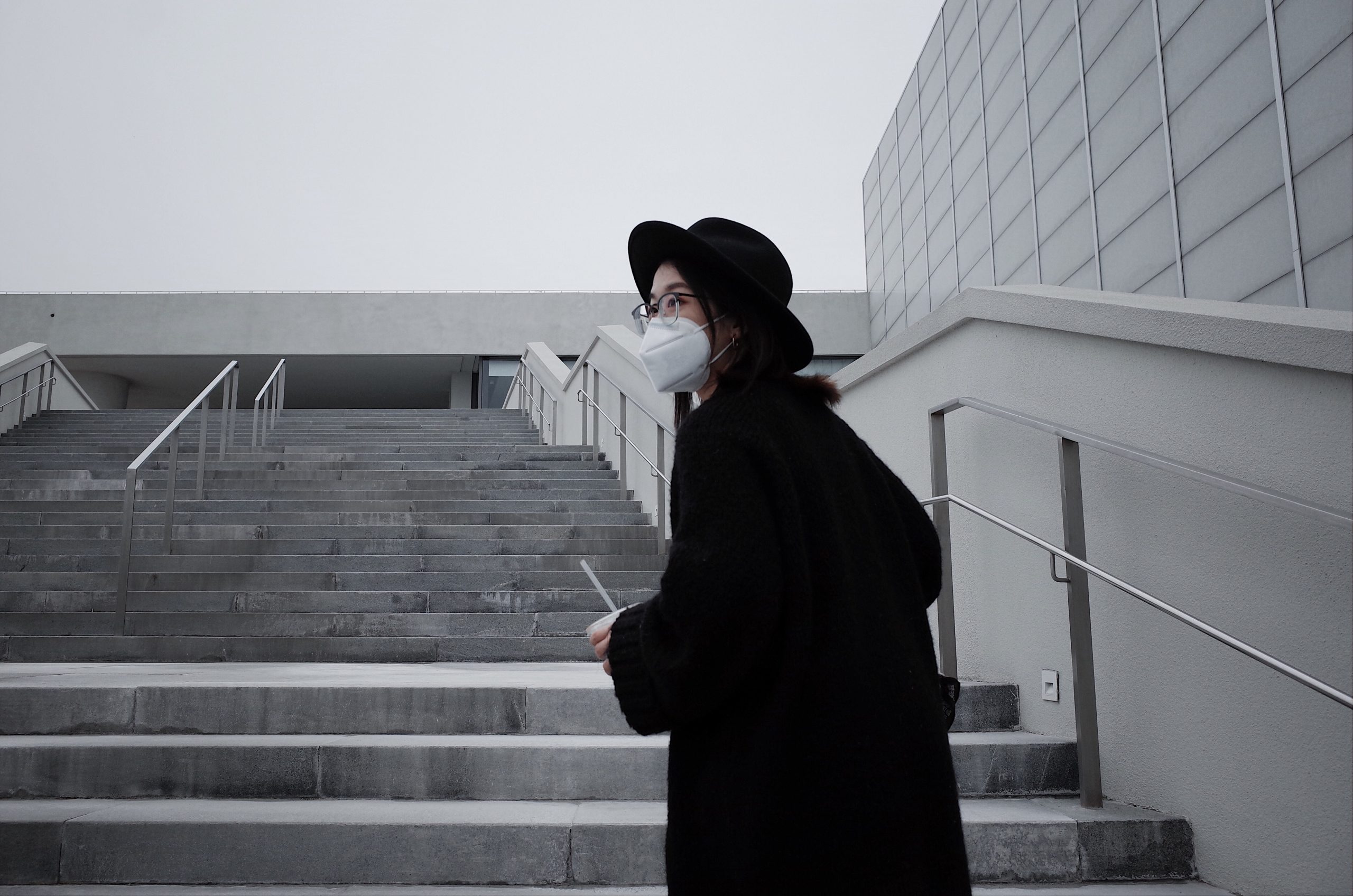 TEXT AND IMAGES BY ERQING XU

Erqing Xu, a graphic designer in Shanghai, invites us into her pandemic experiences and some of the art they led her to create.

This picture was taken a couple months after the pandemic began to calm. Things were getting better, but we still needed to put on masks in public.

We needed to have our temperature tested before entry to the museum. For every gallery room, they set a limit of 100 people per room, so we had to wait outside for a while.

It was good to be out after so long. It’s also strange to not feel weirded out by the fact that everyone is wearing a mask now.

Every year, March and April are the best time of the year to view cherry blossoms. As you can see, people are still wearing masks, but everyone was so happy to see the flowers and enjoy the nice weather.

TRYING TO BE MOTIVATED

This was taken just a couple weeks after the pandemic began. It is an image of my effort to be positive. I decided to doodle on big white sheets.

I was under a huge amount of pressure and couldn’t get out of bed for days. I was scared to turn on my phone, because everything was screaming bad news of how many people have died and of the dread of Wuhan’s hospitals because they lacked supplies and professional medical teams.

I felt powerless. I knew the only thing I could do was to stay inside and avoid getting sick. Everything just felt dark, and I didn’t know when it would ever get back to normal.

So I doodled “shit happens” and “light knows no darkness”—trying to take my mind off things. At the same time, I was also trying to help myself accept the fact that, yes, there are things we just can’t help.

BE STILL BE STILL

Inspired by the song “Be Still” by The Fray.

The Chinese means “Be better Wuhan.”

Dr. Li was one of the doctors who was fighting at the front line. He was also one of the very few people who had predicted this pandemic. He was trying to warn people, but the local government didn’t take it seriously.

He was infected by this virus, and during the night that he was in the emergency room, everyone was praying for his health and wishing he would make it.

Erqing Xu is a designer living in Shanghai, China. She became an exchange student, arriving in the United States by herself at age 16. She has loved everything art related since she was little—she was always doodling on her homework papers and getting yelled at by her teachers. Her love of illustration and lettering made her fall in love with graphic design. Her work is mainly focused on branding and packaging. Coffee, plants, and furry animals are her favorite things in the world. When she is not doodling or making logos and other design stuff, she likes to watch movies, explore new restaurants, and pet other people’s dogs.