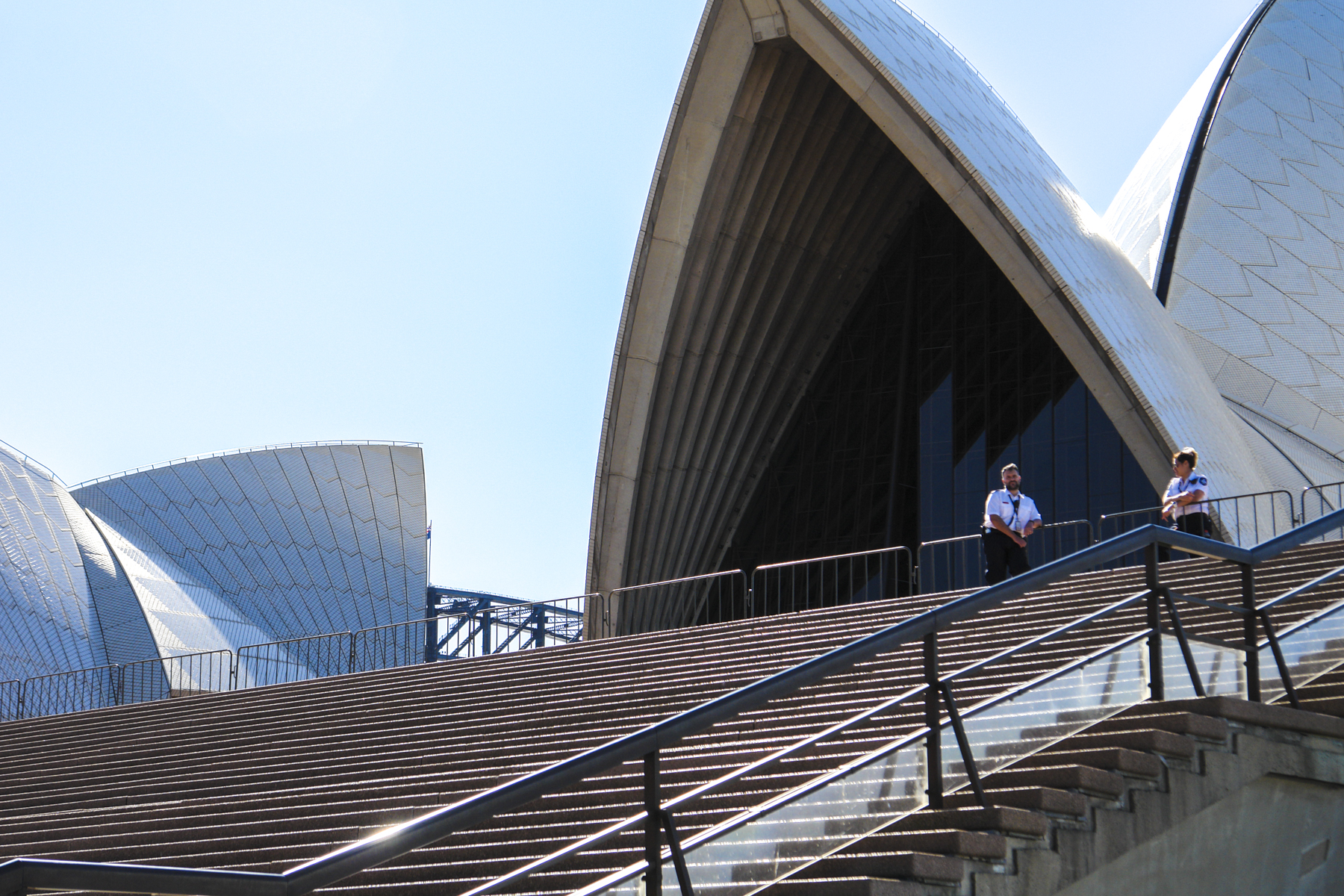 STORY AND PHOTOS BY JO KADLECEK

Living a few blocks from one of the most iconic bridges in the world, I often stroll to the harbor’s edge, spot the Sydney Opera House, and watch ferries come and go into the Circular Quay. Add the backdrop of the crisp, blue Australian sky as sun glistens across the water, and a poem should practically write itself each day.

But when the pandemic hit and we were told to self-isolate, going out only for essentials, the last thing I felt was inspired.

You could say, as most Aussies would about escaping from daily routines, that the Muse had gone bush. And once anything, Muse included, escapes to the Australian Outback, it’s easy to get—and stay—lost.

So on just about every Saturday afternoon during the pandemic, when I had several free hours for writing—it’s not like we could go anywhere—all I could do instead was reach for a book I was reading for the third time.

There, in a passing comment, the author mentioned the need for fallow soil, for times of intentional stagnation, for doing absolutely nothing so that something might grow again.

Fallow ground. A metaphor that was a surprising balm for this urban girl.

“You should be writing.”

I heard myself say it aloud, with great verve and conviction, as if I were sitting across the room at my desk, glaring back at my lazy lump of a body sprawled across the couch. It was one of the first Saturday afternoons of self-isolation, and I was alternating between reading a Dorothy Sayers mystery, losing at solitaire, and pretending to nap. My disciplined, reasonable Self was pushing me toward the laptop, toward some new story or scene. But nothing in me could even imagine dropping one foot over the couch, let alone attempting the literary puzzle of putting one word in front of others to form a coherent sentence.

I blamed my creative lethargy on the global quarantine. Weeks had turned into months of working remotely Monday through Thursday, with weekends void of any plans. While many friends in the arts had lost scads of opportunities, I at least had a paid day job that I generally enjoyed. I could work from home, loyal canine at my feet, Zooming husband teaching international students from the other room, Saturdays free for writing. I had a lot to be grateful for.

The year before I’d spent every Saturday, Sunday, and subsequent waking moment writing and rewriting two plays and helping produce one that premiered in the Sydney Fringe Festival. Throughout it all, I balanced a day job with nighttime theatre runs, two apartment moves in a new state as well as a new culture, and regular dog walks by the harbor. Little wonder I arrived at the end of 2019 both artistically satisfied and completely spent.

Why wasn’t I cooking up clever new works, like all the other artists in the world of the internet? Like those who’d come up with mind-blowing videos and songs and readings—even socially distanced theatre productions that put real ones to shame—during this time of self-isolation?

I’d welcomed the slow pace of Christmas break and the new year as a chance to recharge for new creative projects and plays. I had even finished the year by writing for an online magazine, a feature article about how to stay anchored when everything around you changes.

While I sure hope those six tips for surviving change did some innocent reader a little good, looking now at the monumental upheaval our world and our lives have confronted since then, nice little practical tips hardly seem the stuff of endurance. Rather, coffee helps, as do walks and rest and a mustard seed of faith.

But even with those aids, I couldn’t respond to responsible Self when she chastised me, telling me to get off the couch.

Each time she lectured, I admired her passion: Wasn’t I wasting these moments, with no directors or coproducers waiting for a new script, no magazines or publishers waiting for a new article or idea, not even a local church expecting me to rise from the ashes of self-indulgence to volunteer for some thing?

She kept at me: Why wasn’t I cooking up clever new works, like all the other artists in the world of the internet? Like those who’d come up with mind-blowing videos and songs and readings—even socially distanced theatre productions that put real ones to shame—during this time of self-isolation?

Why? What’s your problem? Why can’t you … “Because I’m tired,” I finally blurted out. “I got nothing.”

And in defiance of Self’s glaring, I reached for that book.

And somehow, amazingly, something flickered. My heart began to relax each time I read the author’s passing metaphor. Fallow ground grabbed my imagination and soothed my soul at the same time.

So I couldn’t help but then turn to every farming and gardening resource I could find.

“Fallow soil is simply ground or soil which has been left unplanted for a period of time; it is land left to rest and regenerate. A field, or several fields, are taken out of crop rotation for a specific period of time, usually one to five years, depending on crop.”

And this: “It is left unseeded after being ploughed and harrowed to regain fertility for a crop.”

Some sage even actually referred to “fallow” as “an idea, state of mind, left undeveloped or inactive, but potentially useful.”

I drew in a deep, full breath. Held it. Then I exhaled it hard, before I drew in more air, eyes closed, and let go of the guilt and anxiety, the unspoken expectations and self-imposed deadlines for creative time that the pandemic was supposed to provide and I had somehow “wasted.”

I breathed fully again, and I landed on a tinge of both relief and insight: If God made the earth to need periods of fallow ground, and farmers and gardeners have since paid attention to this divine rhythm of nature for their livelihood, creative types must surely need the same. How else could new ideas and stories crop up from once fertile soil without times of intentional rest?

Maybe doing nothing for a season is the key to doing something in the future.

Maybe doing nothing for a season is the key to doing something in the future.

A week or so ago, when I was walking the dog toward the harbor, I ran into a theatre partner on the street. She asked what I was writing, and all I could describe was a wide and barren field out in the open. Sun and rain mixing into its days, darkness and cold taking it over each night.

“I think this is a fallow season for me,” I told her. “And that feels okay.”

And if we hadn’t been keeping our social distance, she would have hugged me. “Me too! I’ve felt so guilty for not doing ANY thing. I’m so glad to know someone else is fallow.”

Jo Kadlecek serves as the creative director of Anglican Deaconess Ministries in Sydney, Australia, a Christian women’s organization caring for those in need since 1891. She is also a freelance writer, author, playwright, and co-founder in 2018 of the Sydney-based Joining the Dots Theatre Company.  Jo is an honorary Aussie, having grown up in Colorado and moved six years ago from Boston, Massachusetts, USA, to be near her husband’s family in Queensland, Australia.