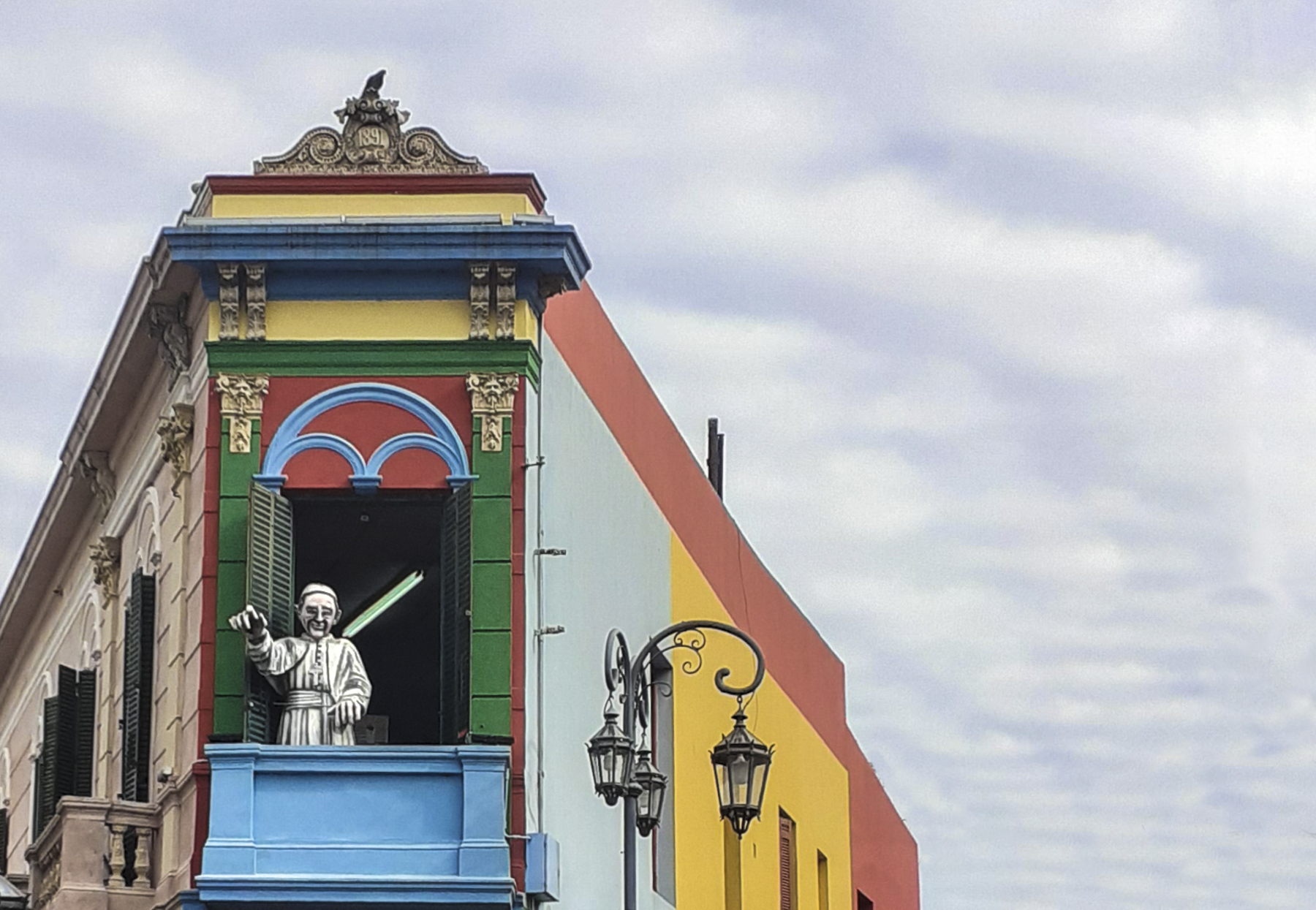 I’ll be honest: It was Norway I’d begun dreaming of. My imagination was taken captive by images of fjords and pines, of iron and snow and bears, of iced sea light and a refreshing, starry cold. I fed these longings by reading the myths this land has birthed, reading of Freya, the Norse goddess of love, who wears a necklace of Northern Lights. References to “Freya’s tears” are references to gold. I dwelt so long on these possibilities for the loveliness to be encountered in Norway that I was certain this was the next place beauty would greet me.

I was caught by surprise when I instead received an invitation to travel in the opposite direction, to Argentina, a place I’d never had a strong desire to visit. An old friend, who I rarely have the opportunity to see, told me of her travel plans. I would also be able to spend time with family friends living in Buenos Aires, and I was offered a plane ticket by a relative. I couldn’t refuse this opportunity to travel to an intriguing country. But I also couldn’t find it in my imagination, aside from the excitement of seeing old friends, to feel any particular pull to the landscape or culture. Because of this, I entered Argentina with no expectations or particular curiosities to satisfy.

And beauty met me there—startled me.

Touching down in Buenos Aires, my ignorance of Spanish was covered for by a warmth of stranger-friendliness that does not excuse it, but got me where I needed to go. My friend insisted we spend the first evening out in a shabby tango hall. It was a gilded and dusty, old-world Parisian-style place, without any of the sadness of decrepit grandeur. It was not as though its prime had passed and we all sat in its ruins, echoing another era—no, instead it was as though there had never been a prime to begin with. Because no one was looking for the past, the hall’s fading melancholy was not joyless. Rather, the atmosphere was cheerful and balmy. I was too tired to dance, so I sat drinking coffee, watching the other happy dancers. Warm contentedness washed over me.

From that beginning, we explored this city that looks like a tropical Paris, with palm trees implanted in the aesthetic of Montmartre and, if I am to project personal experience, a friendlier air. The neighborhood La Boca is composed of brilliant blocks of pastel along the water. It was a place of poverty, where the dock workers built houses using leftover materials from the shipyard. There was never enough of the same color paint to cover a whole house, so the neighborhood became a quilt of color.

We found a similar dream-like quality in Tigre, a tropical town built on a delta. The river extends to the doors of the homes in high tide such that you would think the occupants must be able to walk on water. I thought I had stepped inside a Hans Christian Andersen tale—the palms and the wooden, Danish-style cottages, all built as if rising out of the reservoir.

We wandered places like this, and then at night, the city wakes. Dinner at ten with old friends, and dancing till five; moonlight and Campari; friendly, handsome men; smiling, nodding women. Everything had the quality of an enchantment.

I know this place suffered and suffers deeply; it has a painful history, economic instability. But I couldn’t feel it or see it in the atmosphere or the people. I met with a man named Andres, talking till 5 a.m., in the moonlight still—his apartment looked on a building whose one half was unpainted, and through the center of the roof’s ridge was a stark, uneven drop. I asked him why. He said it was the style of the city to be uneven, that the architecture was on purpose. From the sky, he said, you would never tell the loss of symmetry, but from the ground, you can see no building is level. He said it is called the furious city. Given all the warmth and ease I had seen, I did not know what he meant.

Then, one Monday morning, in a coffee shop in Palermo, I felt a heaviness move in, as though the enchantment of the night or the beauty had worn thin. I could see that the relaxation and joy of the culture is, at least in part, a response to political and economic futility. Like Sisyphus learning to celebrate on the hill of his eternal punishment before he rolled the stone back down again.

The beauty, though, remained, perhaps made all the more prominent for that refusal of symmetry.

We continued to wander the bright cafés, bars, rose gardens, markets, and one day made our way to the Malba Museum, where I saw some of the finest art installations in my experience. We went also to Iguazu Falls—the widest waterfall in the world, where we took a boat ride into the falls themselves. Then I made my way to the region of Balcarce with my family friends. They have a farm among rolling hills and fields where I took a horseback ride through sunflowers and swam in clear watering holes. The creative heritage of magical realism made manifest sense on touring those landscapes.

I know I speak with a tourist’s privileges, and it is impossible for me to really know the struggle of the country’s past or present—yet during this unexpected visit to Argentina, I glimpsed that there was something exceedingly lovely that had been held to in spite of the instability. There was, in many places, a depression, but also a creative response that propels the country’s people forward. I observed a cultural shift of values from drivenness towards being present. This appeared to me as hopeful. The beauty seemed all the richer because it was inherently tied to a continuous, creative response to struggle.

I left inspired by this unsought beauty and by the element of surprise in finding joy in a place I hadn’t previously considered. I was reminded of the endless possibility that comes when I cede my ground—cede my own imaginative control, to the unexpected.