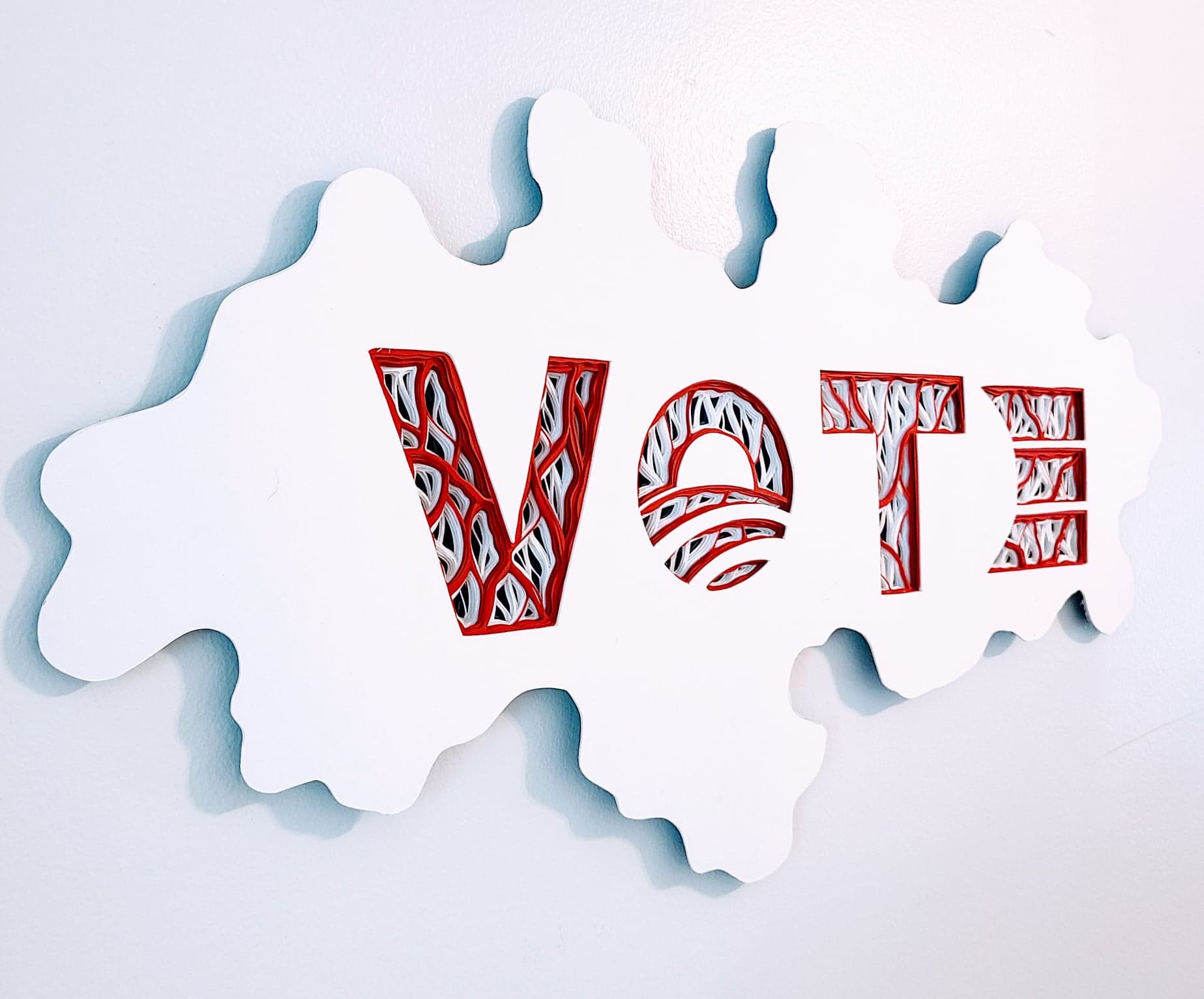 In honor of this week’s big American election, our story profiles a few of the new voters whose voices will be counted among the millions deciding the outcome of the presidential race.

Where were you born? Cordova, Veracruz, Mexico, near the Gulf of Mexico

I waited 27 years to be eligible to become an American citizen. My family saw countless lawyers until one helped us qualify for permanent residency, which is basically a trial until you become a citizen. Five years later I qualified for citizenship, and with the help of a nonprofit organization, I submitted my application along with a $725 fee. My original interview with homeland security was scheduled for March 2020 but was delayed three times due to COVID-19. July 20, 2020, I had my interview and was sworn in as an American citizen on the spot. I registered online [to vote] and received my ballot two weeks ago, too late to vote by mail. I will be walking in with my ballot in hand Tuesday, November 3, to vote. I want to make sure my vote is counted.

Where were you born? Murfreesboro, Tennessee

I registered to vote through people that were standing on campus a couple years ago. The process wasn’t hard at all! I’m glad it was easy to do, because it should encourage other people my age to do the same. I’m glad I am finally old enough to vote, especially for this year’s election.

Where were you born? Patan, Nepal (Though I was born there, I was never a Nepali citizen, and as both of my parents are American citizens, I was automatically one at birth.)

Though I sent in a request for an absentee ballot weeks in advance from Omaha, Nebraska, to Waco, Texas, when I called last Wednesday [October 28] to inquire about my ballot, I was informed that my request had never been received. When I called my family to talk about what options I had, they decided to fly me out to Texas since they understood how important voting is to me. Leaving my dorm around 4 p.m. that same day, I left Omaha for St. Louis, then flew from there to Dallas, arriving in Texas around 10 p.m. and getting home an hour or so later. The following morning, I drove my mom to work, borrowed her car to go to the polling station, then returned to pick her up and drive back to Dallas for the return trip in order to make it back to school that day.

Where were you born? Johnson City, Tennessee

After I turned 18, I registered online to vote. Normally if you register online, rather than in person, you have to vote in person the first time so your identity can be confirmed. However, for the primaries I was at school and couldn’t get home. I talked to them on the phone and worked it out then. Comparatively, for this presidential election, I did not have to jump through many hoops to vote. I drove 4.5 to 5 hours to my hometown from my university to participate in early voting. I was the only individual under the age of 50 in the line at the voting center, but it was so neat to know that I finally had a spot in that line!

Where were you born? Kentucky

Voting in this election was always a top priority for my friends and I. We all pre-registered with my entire government class during my senior year. However, once the election got closer, I went online and registered again (as did many of my friends) because I hadn’t received any voting information even though my parents had already (they are regular voters). Once I was 18 and I had confirmed that I had registered, I was sent a ballot in the mail. Everyone in California who is registered to vote received a mail-in ballot that they could drop off at a polling station or mail in. This was the standard because of COVID-19. When I got my ballot, I was able to vote, and I then went with my family to drop our ballots off at the nearest ballot box (which was within walking distance).

Where were you born? Croatia

In order to be able to vote this year, I had to become an American citizen. After marrying my American husband and being a permanent resident of the United States of America for almost ten years, I became a citizen on September 11, 2020. I immediately registered to vote and got my voter registration a few weeks later. I am now ready to vote and will do it in person on November 3.

Where were you born? Connecticut

When I was 17, I got my [driving] permit, and the same day I registered to vote. And on my 18th birthday, I went out and voted with my mom. She was excited for me, and we did research on anything I could be nervous about. Overall, the voting spot I went to was very lively, and the man who helped me with where to sit and submit [my vote] was super nice. In my economics class, I am one of the few students who has voted, and I think that’s interesting to think and talk about. Voting is important to me because it makes me feel like my voice is being heard instead of ignored. I like having a say in what happens to this country (even if it is small, every vote counts for change). I have a few friends who aren’t voting because they do not like either of the candidates. That is understandable but with them not voting, it essentially places a vote for the less liked candidate. I feel proud to have voted and feel like I have made my family proud to have another vote in the better direction.