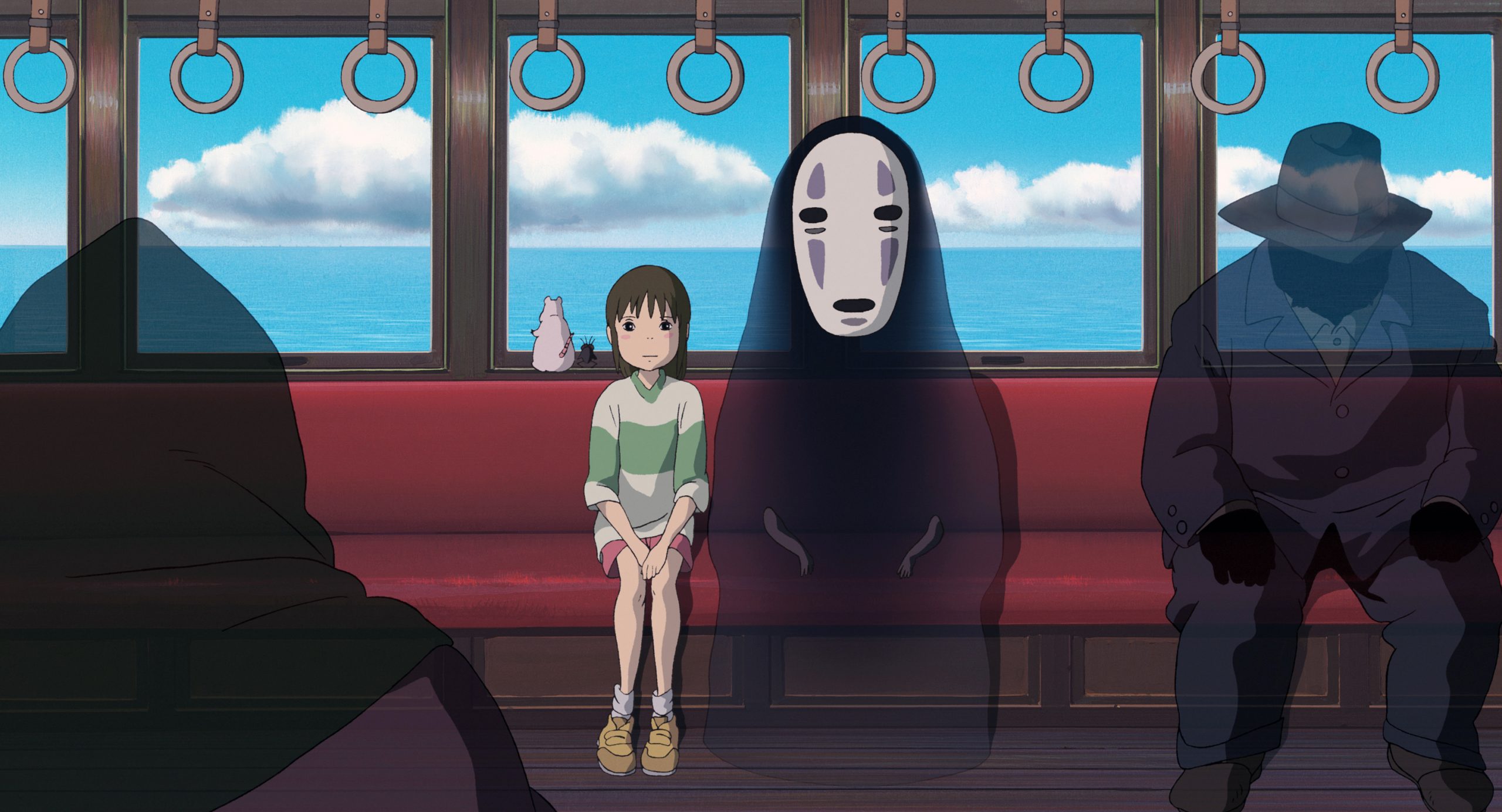 TEXT AND POEM BY GABRIEL NOEL

Spirited Away is a feature animated film by Hayao Miyazaki, one of the most acclaimed directors of contemporary cinema. Released in Japan in 2001, it follows 10-year-old Chihiro, an innocent, headstrong, sensitive girl moving with her parents to a new home in a Japanese town where she knows no one. As they are about to arrive in their tiny car to their new life, the father takes a wrong turn, leading them instead to an abandoned theme park where the world of the spirits still exists in a parallel reality. After eating food that has seemingly been cooked and placed just for them at a restaurant in this theme park, Chihiro’s parents turn into pigs. Terrified, Chihiro runs away, falling deep into the world of the spirits, which is full of fantastical and complex characters centered around the giant, opulent bathhouse run by the witch Yubaba. On her journey to reverse the curse set on her parents, Chihiro meets many friends (and apparent enemies), learning to grow into her full power and agency as a young girl. Spirited Away won the Academy Award for Best Animated Feature in 2003, and in 2017 it was named the second-best film of the 21st century so far by the New York Times.

Gabriel Noel saw Spirited Away in theaters when it was released in the U.S in 2003, and he recently watched it again for a 20th anniversary screening in Times Square.

Watching Spirited Away in the Theater Again, Twenty Years Later

The sea of the young imagination—
where wonder and fear are fused in the bone.

A girl of mud hair and deer eyes,
she clings to bulls, shortly turned to swine,

through a dim tunnel, mystic, the through-
way between worlds believed gone.

She flees the grip of the dark, lost to all,
just to slip into the bath’s fearless fog.

Of terror, here was the whole shadowed world:

The old master of the soot,
The polar, widowed twins,
the hapless strivers,
the lascivious toads

It’s all there, even now, across the river,
reveling in its own chaos, calling you for more.

I was there with her.
I felt the delicious pull.
My eyes became her living mirror.

Yet to those same fawn eyes came the rain
that turned open land into sea,

the endless garden paths, the splendid, steadfast
souls in red, dancing in joy against their sorrowed fate,

the last four tickets out of the Inferno,
the languid crawl of the two-car train

into the empty station that ends
nowhere and leads everywhere,

those eyes that sought to free the broken boy
before the dragon took full possession,

the remembrance of our true names, buried
under millennia of sand and stone and tears,

when only that which we know nothing of
can serve to save us—
the secret the soot master knew:

It’s something you wouldn’t recognize, he says.

What? I ask, annoyed.

What a difference twenty years makes.

Gabriel Noel is the Notes editor for 433. Born in the Bronx, New York, he earned his bachelor’s degree in political science from Boston University. His work can be found in Strange Horizons.