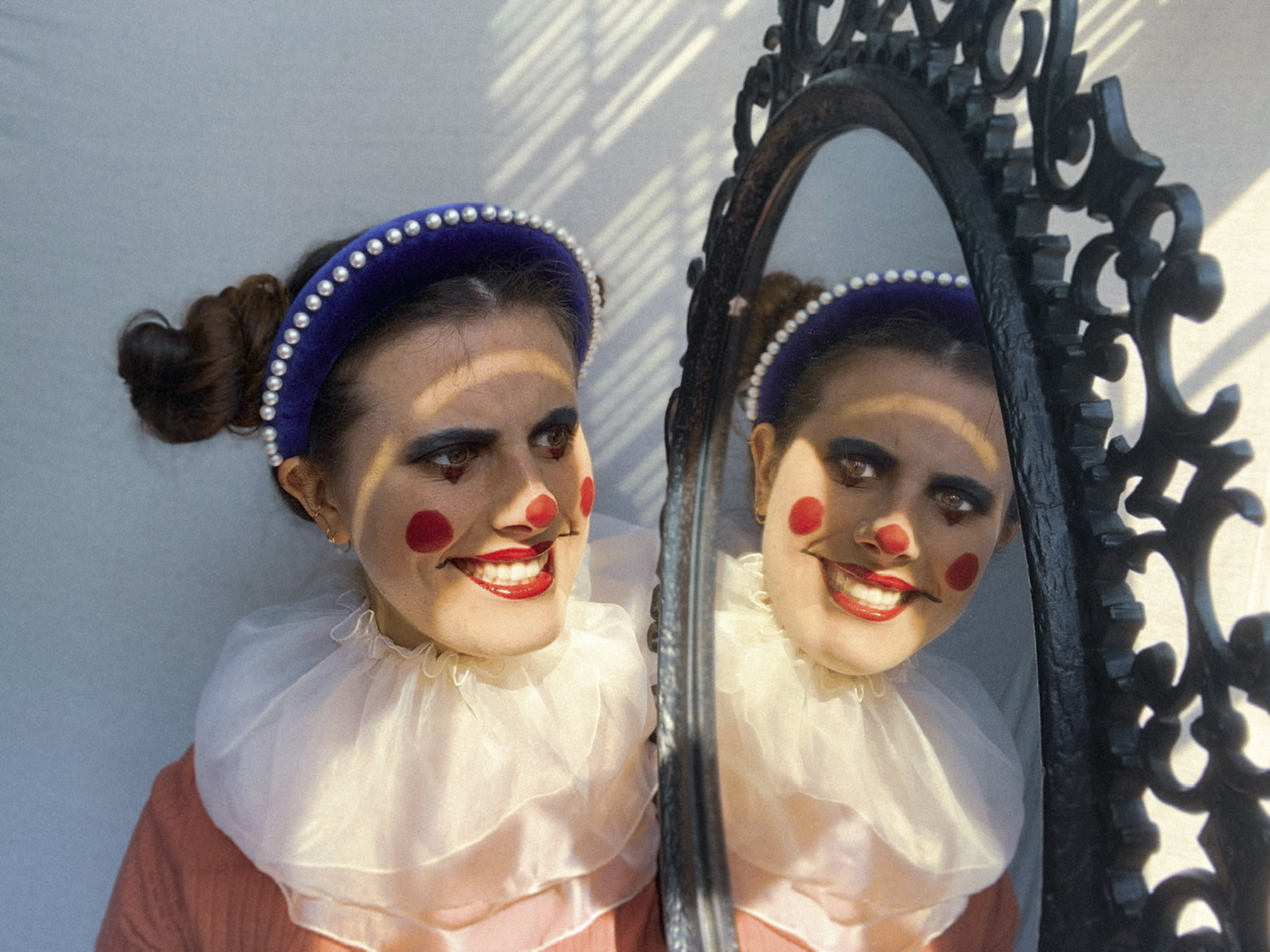 I was one of the ones who tried to run away and join the circus. It’s true. I got on the train to New York City with my army green backpack, which held some clothes, to be sure, but more importantly, it held my sketchbook and drawing pens. My dad ran onto the train as it pulled out of the station and thwarted my efforts. He calmly sat down next to me, and we rode the train into the city together. By the time we arrived, in his gentle way, he had helped me see that this was not the best plan.

Years later, when I was in a deep depression, my one friend who knew this story (neither my dad nor myself had shared it with anyone when it happened) came to my house with a newspaper clipping advertising a clown school looking for students. At the time, I was in my twenties and had two young children. My friend and I both signed up and went to clown school. We became professional clowns doing birthday parties, parades, store openings, and other charitable events.

I also started going to hospitals when I was in makeup. Initially, I did the routine activity of going only to the children’s floors. As the hospital staff got to know me, they sought me out to visit other patients who needed a laugh or a hand to hold, someone with whom to share things they were thinking but afraid to tell their families. The hospital even gave me a nametag!

Being a clown eased me out of the depression I had been in. Acting larger than life, allowing playfulness to be fully present, and creating joy for others while being compassionate to those who were afraid, all of this healed me. Clowning made me braver and stronger and helped me overcome adversity.

Since that time all those years ago, I have become a therapist and have worked with many children over the years. My clowning experience has always stayed with me.

Through the use of puppets during my clowning years, I was able to reach the children’s stories. Likewise, when I became a drama therapist, the improvisations I did with clients could sometimes be done with humor to support them in processing their problems. Oftentimes, using a bit of humor would ease the pain, allowing them to get to their core issue.

I used doll-making and puppet-making to help clients see other aspects of themselves, in the way clowning had done for me. As an art therapist, I encourage clients to play on the page and support them in letting go of the fear of trying new things.

This all weaves back to my stepping out as a clown and allowing the hidden parts of myself to be visible and healed.

Ella Mann is a graduate of NYU’s Tisch School of the Arts with a Bachelor of Fine Arts in theatre and English literature. She is a director and theatre artist and has most recently worked with the Darkhorse Theatre and Ensworth High School in Nashville, Tennessee. She is currently based in Denver.

Rhianna Mann is an alumna of Ensworth High School in Nashville, Tennessee, and recently worked with Ensworth’s arts program during a photography apprenticeship. She is currently studying environmental science at Belmont University in Nashville.